Cloonavin to light up for World Down's Syndrome Day

A County Derry council building is set to light up to mark World Down’s Syndrome Day. 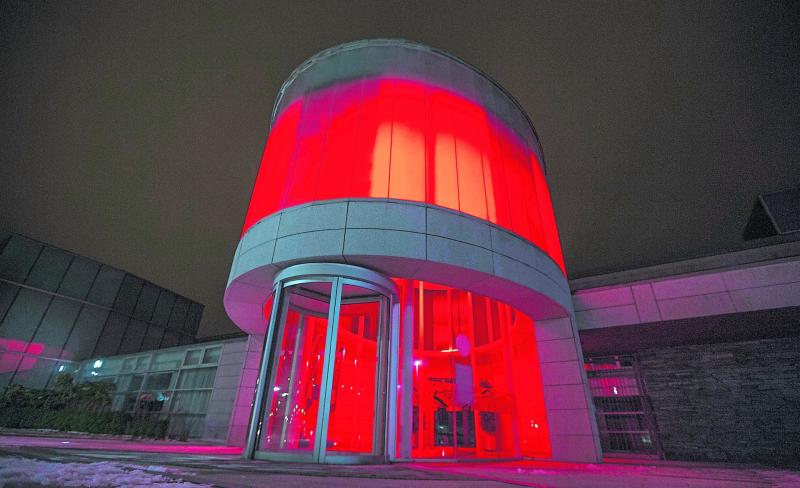 A County Derry council building is set to light up to mark World Down’s Syndrome Day.

Causeway Coast and Glens Borough Council headquarters at Cloonavin will be bathed in blue and yellow lighting for the March 21 event.

The council have also agreed to look at developing a work experience scheme for young people with Down's Syndrome.

The decision was made after a motion brought by Causeway Coast and Glens councillor Oliver McMullan.

Speaking about the special move, councillor McMullan said: “Right across the board, everybody supported it.

“They all had their own things to add about it. It was great to hear everybody singing from the same hymn sheet.

“World Down’s Syndrome Day is celebrated each year. It was designated by the United Nations (UN) in 2012 and it recognises Down’s Syndrome and everything that goes with it.

“I wanted the council to light up the building in the colours that are associated with World Down’s Syndrome Day – blue and yellow – to recognise the role people with Down’s Syndrome, their carers, parents and families play in our community.”

Cllr McMullan is hopeful the momentum can be used to help the council create a work placement programme for young people with Down’s Syndrome.

Work experience
“Most importantly, I’ve asked the council now to look at all its departments, community centres etc and see if we can open up a work placement scheme to bring young men and women and give them work experience that they wouldn’t normally get," he said.

“I’ve also asked the council to write to the other ten councils and ask them to support my motion and hopefully they’ll do the same thing.