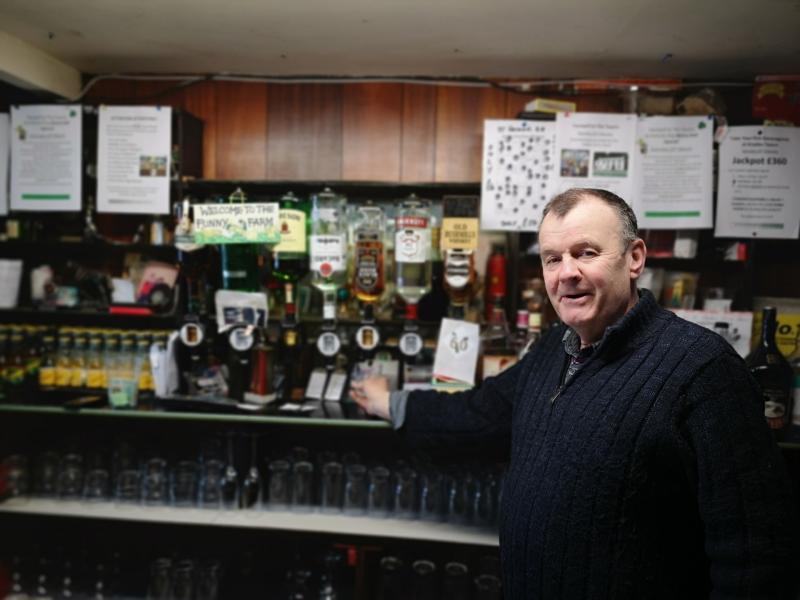 Barman Andy Nutt is preparing to pour the last measure at the well-known local pub.

Knobbs’ Tavern in Kildoag, between Claudy and Donemana, was originally a grocery store that serviced the local area, but the community it sustained has been shrinking.

On Saturday, they held a packed farewell concert, and when the County Derry Post caught up with a few of the regulars on the Friday afternoon, they were in reflective mood.

“We’ll miss the yarns and the company,” said previous owner, Jack Knobbs, who was perched at the corner of the bar with his dog, Honey.

“It was originally what they call a licensed shop and the first time it was opened as a bar was in 1927. Until 1950, the shop was still here and the bar could only hold maybe seven or eight people.

“It would have been mostly locals in the bar and then in 1970 they built on the upstairs and it would have hosted a lot of music – mostly country and western music.” 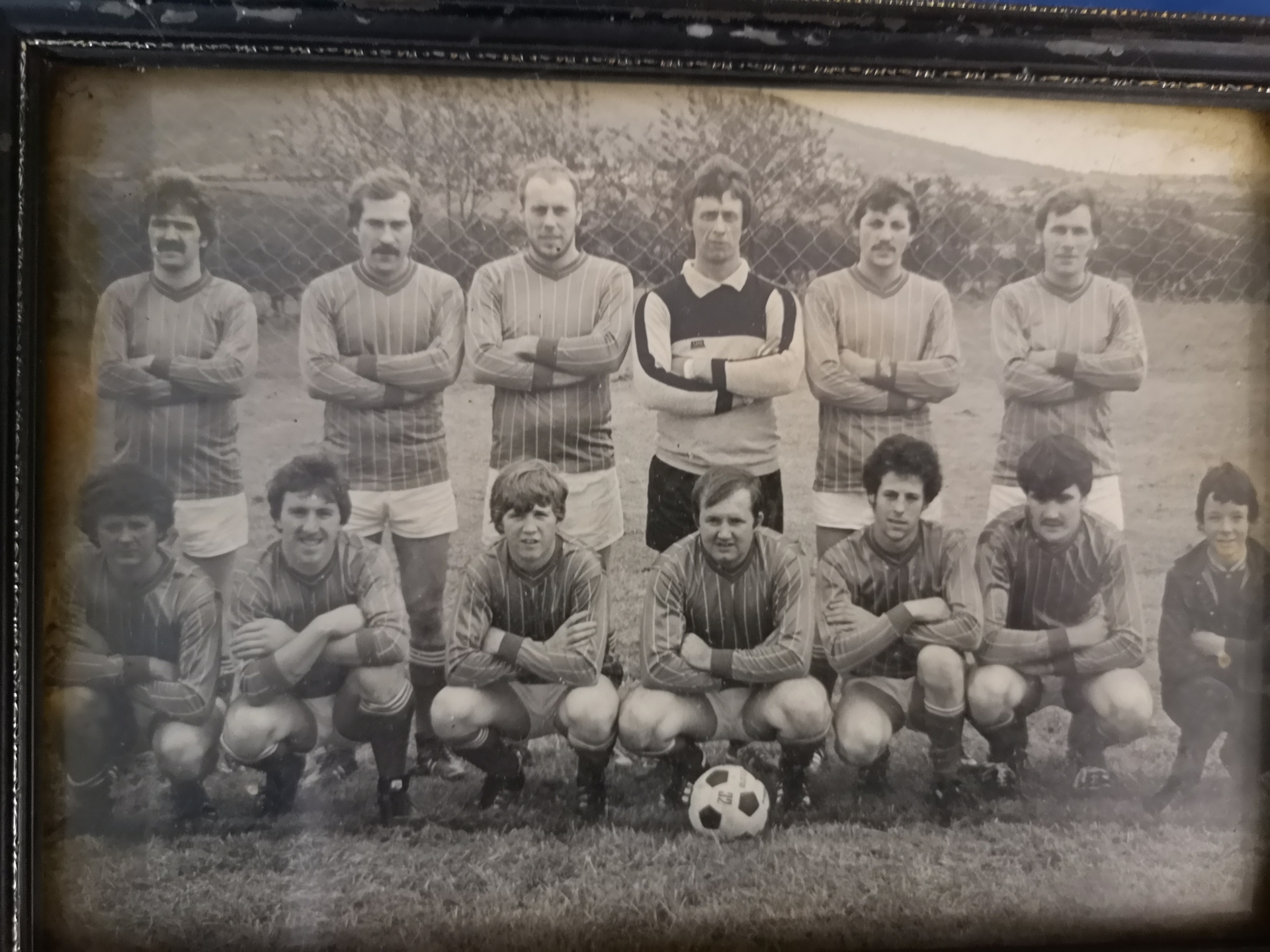 Jack is quietly spoken but points me in the direction of black and white photographs on the wall, where he featured in the Kildoag Wanderers FC side and the local cricket team in a previous era.

Both teams used the bar as their base, and the social aspect the rural pub brought to the area is something Jack feels will be greatly missed.

“The place would have been packed out on a Saturday night – people would have come from Donemana, Waterside and Claudy for the music.

“We just enjoyed the craic. You had the odd tall story told. It’s hard to beat a good story, even if it’s not true!”

Mervyn McComb lays claim to being the bar’s oldest customer. 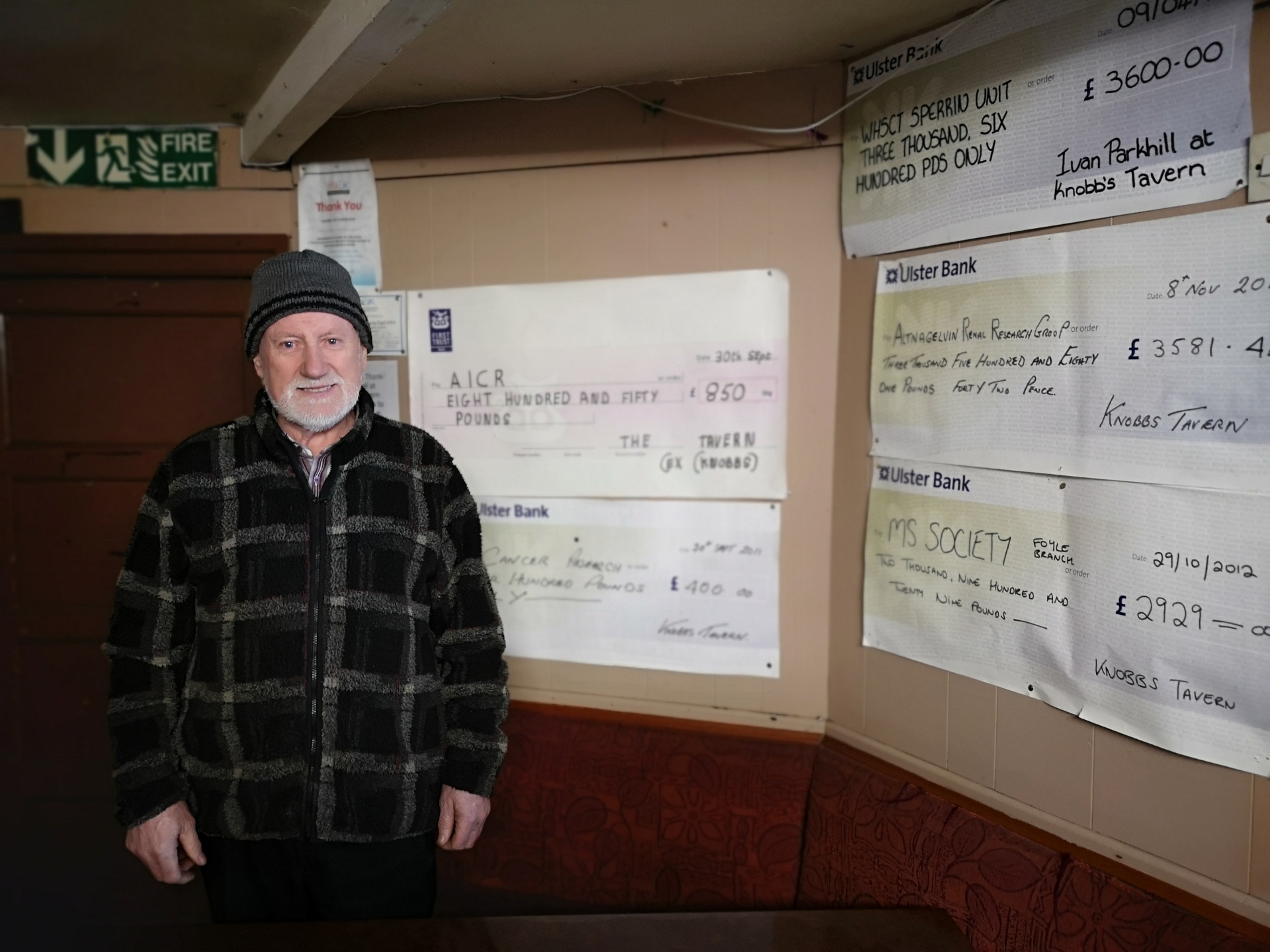 “I was in it when the old bar was in the other room. Then, when they opened up the lounge, the place was packed to the rafters.

“A lot of old bars seem to be closing up, there’s not the customers there used to be. It’s going to be badly missed.

Right on cue, a loud cheer erupts from the men as another regular walks into the bar, while Ian informs me the bar has its own taxi driver in residence.

Barman Andy Nutt prepares to explain further. He mutes the small television mounted above the bar. This is serious stuff now.

“There were six women arrived from Cumbria in England on a Tuesday night. They were on a biking tour and on their way to Park.

“They came in and asked to use the toilet and I said that was no bother at all. One of them asked if this was a bar and I said it’s been called many things, but you could definitely call it a bar.

“She asked if there was any chance they could have a drink and to cut a long story short, they ended up leaving the bikes here!

“They stayed all night so I said I would get them a taxi man to get them back to Park. I rung up Eddie Curry and asked if he could do a run.

“Eddie said ‘I’m definitely not going to Park’. Then I told him it was six women and he asked what time I wanted him down!

“I got a text from them that evening then – I think they were in Portrush.

The tale is typical of the kind of comical, slightly embellished yarns that used to be commonplace in bars across the country, but rural decline is threatening to silence them.

Mervyn McComb’s son, Ian, believes that people make the bar what it is.

“There were memorable nights here every weekend. It was always good craic.

“There used to be bands in upstairs and the place would have been jammed. It always did a good trade, was well run and there was never any trouble. 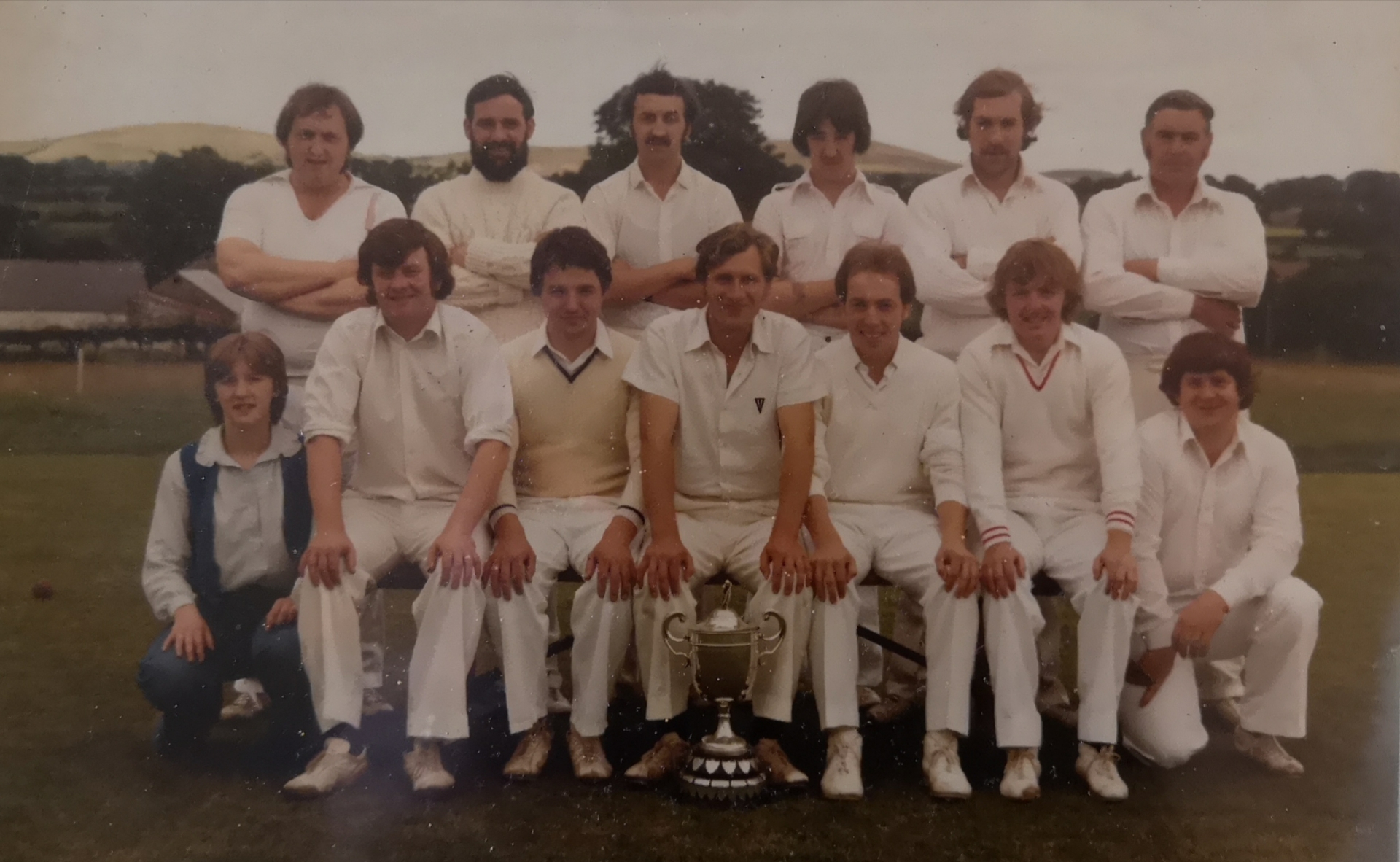 “I’m 50 now so I’ve been coming here maybe 35 years. It will be sorely missed and it’ll hurt the community.”

The range of presentation cheques that adorn the bar’s walls give an indication of how the community will suffer without its hub.

Each year, the bar ran a charity drive and the evidence of their impact is clear in the many comments left on social media following news of Knobbs’ closure.

She commented: “We held our first tractor run in there when my dad beat cancer and bought a vintage tractor.

“We hoped for a few tractors to show up and to raise a couple of hundred, but the place was packed, and we raised £3,600 for the Sperrin Room.

“Great memories, I’m sad to see it close the doors.”

The doors will indeed close, but Saturday night’s punters were treated to the nostalgic sight of the rafters reverberating to the sound of the Father and Son Remo band in the lounge above. 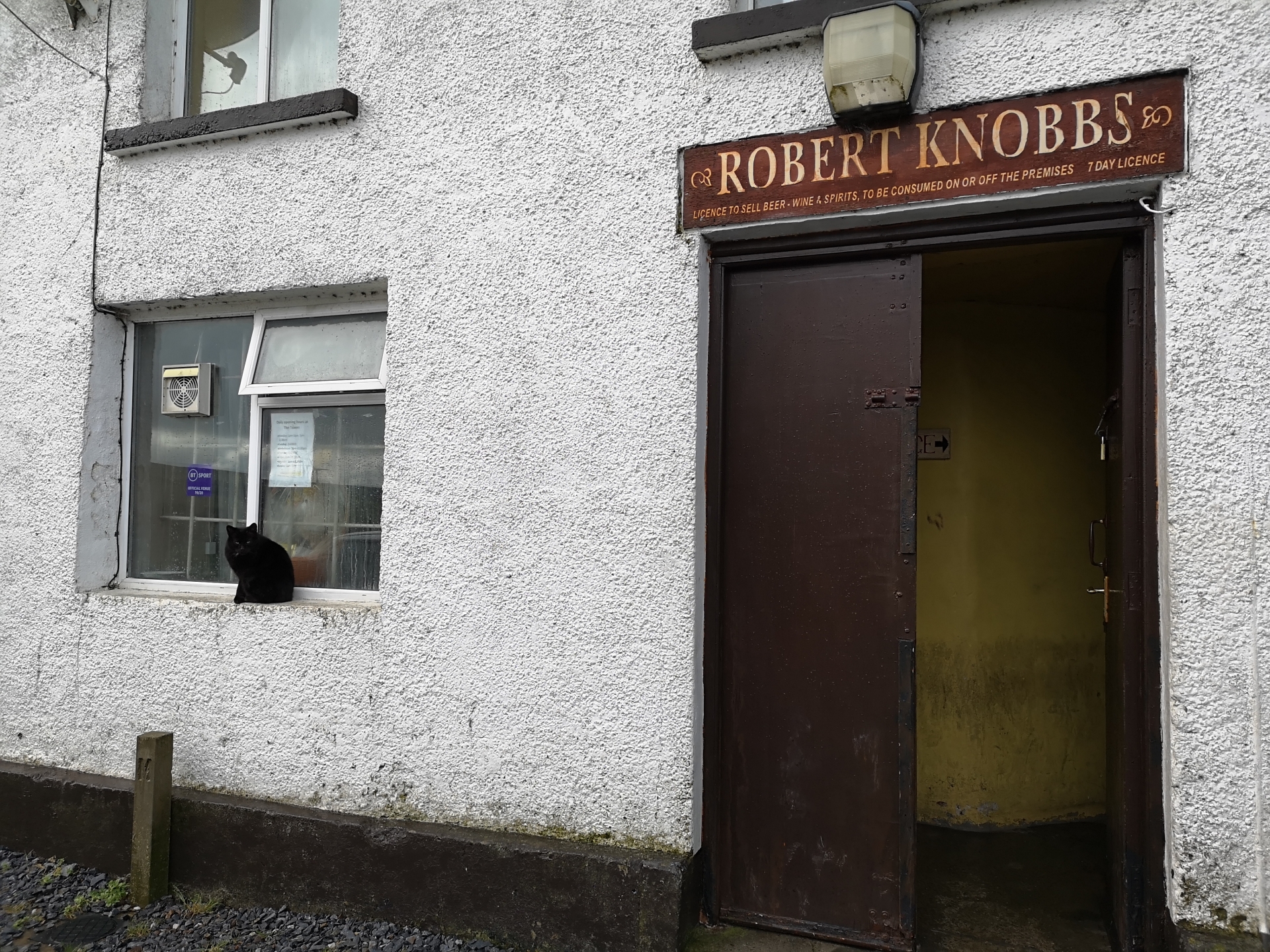 There is a black cat that Jack Knobbs says follows him to and from his house to the bar on every visit.

It sits almost sentry-like on the windowsill outside Knobbs.

On a bright summer’s afternoon, Jack’s feline companion would be treated to a breathtaking view of the Faughan valley, but on Knobbs’ farewell night, Storm Jorge’s wind and rain battered its weary walls.

The storm will have calmed by Thursday, as Andy Nutt prepares to close the doors. There is no doubt that Jack Knobbs will be there to oversee what will be an emotional moment.

Knobbs concedes to the march of time.

“Sometimes I sit too long.”