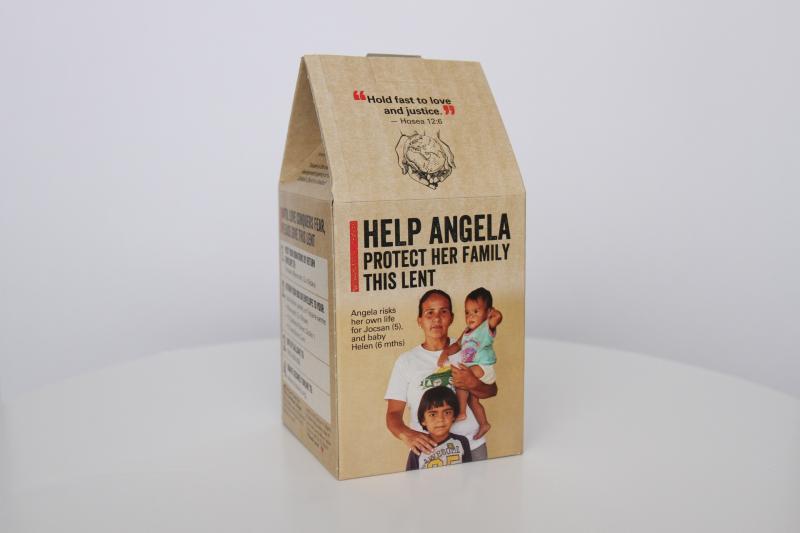 The appeal, which began last week, is one of the country’s biggest annual fundraising endevours and will see thousands of the iconic Trócaire Boxes distributed across the county this week.

Almost 1 million boxes are distributed across Ireland, north and south, each year. www.trocaire.org/lent

The appeal this year will help to support women around the world who are struggling to protect their families from intimidation, violence, hunger and drought. As part of the appeal Trócaire has launched a report that reveals how woman are disproportionately impacted by climate change and corporate human rights violations throughout the world.

The charity's Northern Ireland chief, Siobhan Hanley, said: “‘Women Taking the Lead: Defending Human Rights and the Environment’ details the experiences of courageous women, many of whom are engaged in defending their communities against the effects of corporate greed and the devastating environmental impact of climate change.

"By contributing to our Lenten Appeal, people in Co Derry will be providing vital aid, care and support to these brave women.”
Bertita Zúñiga Cáceres, leader of the Civic Council of Popular and Indigenous Organisations of Honduras (COPINH) – an organisation supported by Trócaire – attended the launch of the report.

Bertita’s mother, Berta Cáceres, an internationally renowned activist and winner of the environmental Goldman Prize, was shot dead in 2016 after a long battle to stop construction of an internationally financed hydroelectric dam on the Gualcarque river, which the indigenous Lenca people consider sacred.

Bertita was present to speak about her own experience of violence inflicted on female human rights defenders and the indigenous community’s long struggle to defend their land from corporate abuse.

While she continues the work of her mother, Bertita is being supported by Trócaire in seeking justice to ensure that all those responsible for the murder – the company executives and state officials identified during the resulting trial – are prosecuted.

“Around the world, women face huge risks in standing up for their rights in the face of injustice perpetrated by big business taking advantage of vulnerable communities. The threat of assault and murder is a daily reality for many of these women, who are fighting for their families to live better lives,” said Siobhan Hanley.

“Women are also disproportionately affected by poverty, which is made worse by the effects of climate change on some of the world’s poorest people. Developing countries carry about 75% of the cost of the climate crisis, but the poorest populations are responsible for just 10% of global carbon emissions.”