A member of Magherafelt’s growing Baha’i community has claimed a coveted college award. 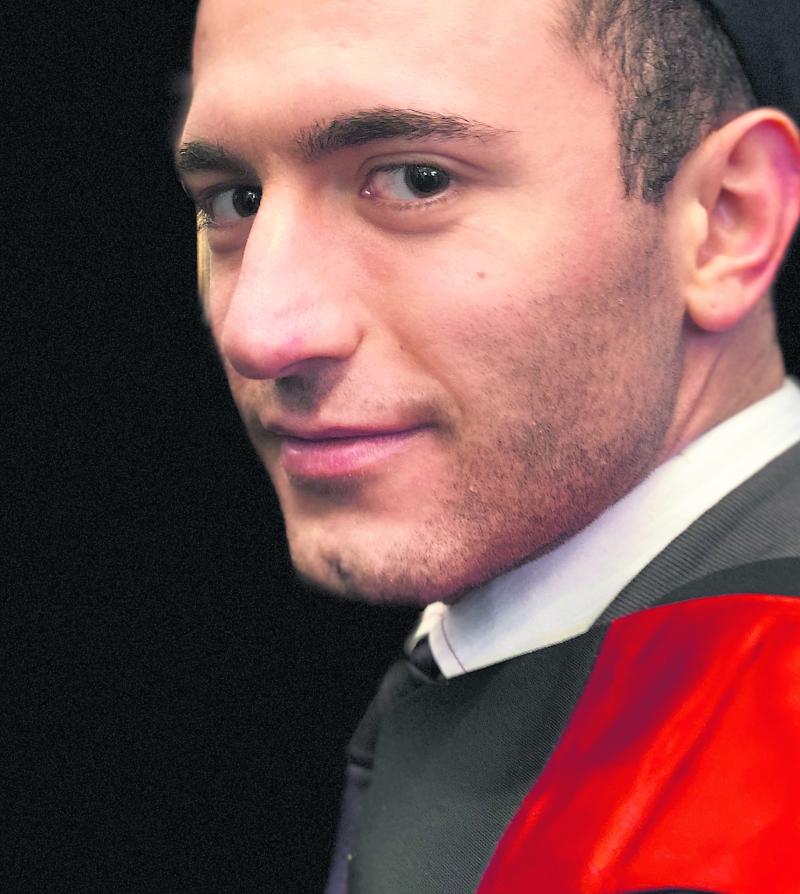 Cameron Gornall who picked up the prestigious college music award.

A member of Magherafelt’s growing Baha’i community has claimed a coveted college award.

University of Sussex graduate Cameron Gornall was awarded the College Principal’s Award by the British and Irish Modern Music (BIMM) college in Brighton.

It was after the music production student achieved the highest overall mark on his third year project.

His father Leslie, a retired environmentalist and 2016 Anaerobic Digestion and Bioresources Association (ADBA) Hero of the Year, said Cameron was totally unaware of his impending accolade.

“It wasn’t just the highest mark they’d given this year for a third year project in Brighton, but the highest in the whole of the college," Leslie told the County Derry Post last week.

The award came so unexpectedly to the former Rainey Endowed student that he unwittingly guided Leslie and his wife, Mahin, into missing the moment of presentation.

“We were in the bar!” said Leslie.

“Cameron was one of the last to go through because his course was at the end, so he thought: ‘by the time I get back to my seat it’ll all be over’. We got a text saying: ‘I’m in the bar, why don’t you join me?’

“We were on the back row, so we slipped out into the bar, but he’d gone! Apparently, he was hunted down by these event managers who said he’d got to go back in again.

“We’re in the bar thinking ‘Where’s Cameron?’ while he was being called back to be received by the principal of the college and his course head, collecting the only monetary prize given on the day!”

The Gornall family are members of the Baha’i religion, a worldwide community with growing numbers in Mid Ulster, and Leslie told the County Derry Post that their beliefs have had a strong influence on Cameron’s success.

Leslie said: “If there is a Baha’i way, it is to regard man as a mine of gems and our job is not to identify anyone as either coal or diamonds, but to chip away at the earth and reveal the gems that are latent within every single human being. So that’s basically been our attitude.

Cameron himself agrees with his father but admits a significant upping of his game midway through his course.

He added: “I started the degree at 24 and I was only really doing everyday prayers but when I hit 25, I realised I wanted to do better, in general. I decided to start praying a lot more every day and I developed a much calmer demeanour and had a different approach to music.

“My goal is for my music to portray what I’m feeling spiritually inside, be that something dark or something happy.”

*Don’t miss next week’s County Derry Post for a special feature on the Baha’i religion and its vibrant Mid Ulster community.