Fly-tippers have dumped beds, mattresses and a washing machine in a rural area of Garvagh. 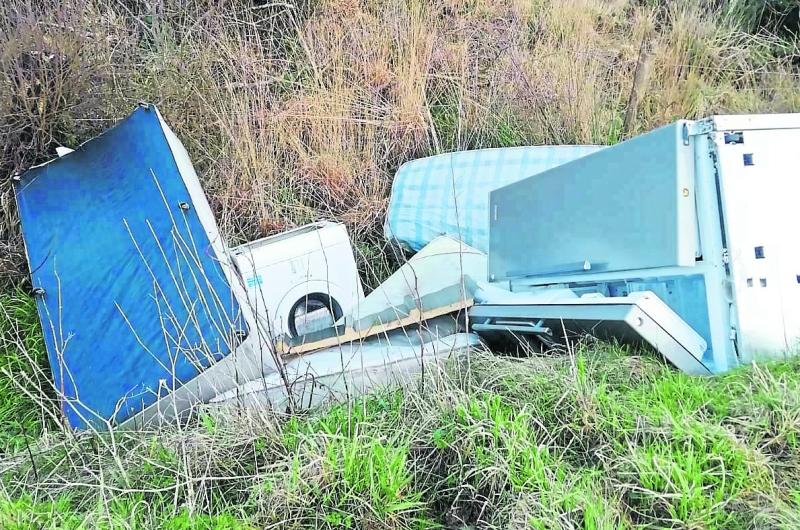 A washing machine is amongst the rubbish that has been dumped on the Ballynacally Road, Garvagh.

Fly-tippers have dumped beds, mattresses and a washing machine in a rural area of Garvagh.

The lazy littering, captured on camera by a local councillor, happened on the Ballynacally Road at the weekend.

She said: “Those carrying out this flytipping are responsible for turning a very pleasant walking route into an eyesore and that is totally unacceptable.

"Not for the first time, items of furniture, beds and household white goods have been dumped at the side of the Ballynacally Road. It is the height of laziness and demonstrates a total disregard for residents

She continued: “The cost of removing this rubbish will now be passed on to the ratepayer and, as has already been well covered this week, their rates are already high enough.

"Why should ordinary people pay for gathering up material for which the owner refused to pay its disposal?

She concluded: “It is completely unacceptable to destroy a local beauty spot and ruin the environment for residents. "We have civic amenity centres for these items.

“If anyone has any information about this offence, I would be glad to hear from them so that I can pass it on to the Causeway Coast and Glens Council with a view to prosecution.”