Storm Dennis battered the country over the weekend and its effects weren’t just limited to its human population. 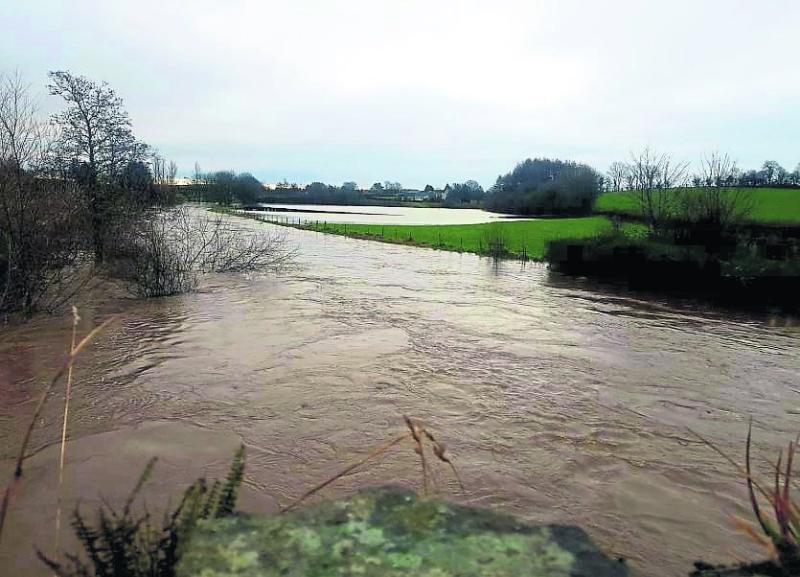 The high water levels at the Moyloa River

Storm Dennis battered the country over the weekend and its effects weren’t just limited to its human population.

On Sunday night, the Claudy Life Facebook page shared a video sent into them of an otter scrambling around Main Street in the town, seemingly in search of the River Faughan.

The Faughan itself was heavily swollen as river levels came close to that of 2017, when a period of sustained flooding resulted in the partial collapse of the Ballynameen bridge in the north Derry town.

Rivers across County Derry surged as the storm brought heavy rain and gusts of up to 80mph as Storm Dennis, the third in four weeks after Brendan and Ciara, wreaked havoc.

In Castledawson, the Moyola river was pictured as it expanded and flooded into surrounding fields, while Derry city’s Foyle Bridge was closed to high-sided vehicles and had a 30mph speed limit enforced on a number of occasions.

A number of sporting fixtures fell victim to the weather.

The entire programme of Ulster U20 football championship quarter finals were wiped out, including Derry’s clash.

It's the second storm to hit the province within a week.

Storm Ciara battered the province for the first half of last week with weather warnins for wind, snow and ice in place until last Wednesday.

County Derry Post reader Ronan Higgins captured some of the snow which fell on Carn Mountain during the poor conditions.