Local SF activists help out with the South's surge

Sinn Féin MLA Emma Sheerin has spoken of her delight at the party’s strong performance in the recent Irish general election. 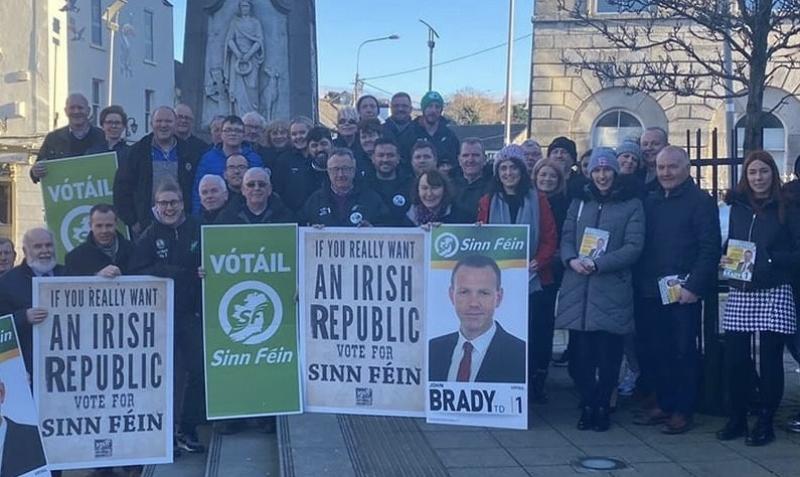 Pictured are some of the local Sinn Fein group with Wicklow members.

Sinn Féin MLA Emma Sheerin has spoken of her delight at the party’s strong performance in the recent Irish general election.

The South Derry representative had been involved in campaigning in the Wicklow constituency, where Sinn Féin TD John Brady was returned to Dáil Éireann.

Sheerin’s influence came as part of her party’s ‘pairing up’ system, where activists travel to other parts of the country in the run-up to an election and she spoke of a positive campaign.

She said: “This election has obviously been fantastic for us in Sinn Féin, and the momentum across the state was palpable.

“People were fed up with the stagnant, self-serving politics of Fine Gael and Fianna Fail, and have voted in their droves for change.

“The big issues in this campaign were housing, health and workers’ rights. Mid Ulster activists were down to help with canvassing and leaflets over the course of the three-week campaign, and we saw these topics arise on the door time and again.

“As Sinn Féin’s assembly spokesperson on Equalities and Social Justice, I work closely with our Dáil counterparts, and John as the Social Protection spokesperson is involved heavily in this co-ordinating our strategies so as to deliver across the board.

"I’m delighted to see him re elected to continue the work he’s been doing.

“We want to see change north and south, and ultimately the reunification of our country, which I believe is the only realistic means of sorting out many of the problems that we face in Ireland today.

"Sinn Féin have made a promise to the people and we intend to deliver change.”