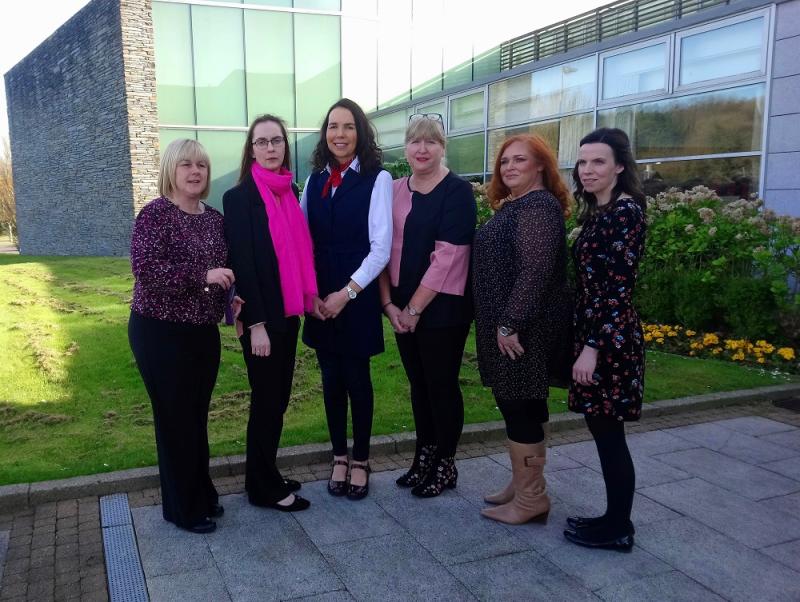 SDLP Councillors on Causeway Coast and Glens Council say they have alerted the Northern Ireland Audit Office of "serious concerns" for the financial viability of the council.
Cllrs Margaret Anne McKillop, Orla Beattie, Stephanie Quigley, Angela Mulholland, Ashleen Schenning, Helena Dallat O’Driscoll
met officials from the Audit Office to record their concerns last week.
It was after leaked minutes of a high-level senior officers' meeting of Causeway Coast and Glens Council held just before Christmas highlighted the perilous condition of the council's finances, and said that a rates hike of 15% would be needed this year.
In the document council chiefs said "next year starts with a £4.5m deficit, plus inflation... the situation is dire, there is no evident plan to redress it".
"Current deficit may well decimate services which have already been cut to the bone... we are £75m in debt, 15% on the rates is required next year to run the council.
"The issue is not being dealt with and we are facing a major financial issues next year," the minutes reported.
"Fundamentally, the financial crisis could destroy us.
"When is anyone going to tell the councillors that we are broke?" the minutes said.
The documents were leaked by independent councillor Padraig McShane., who said:
"Something is fundamentally wrong in Causeway Coast and Glens.
In response, the group of SDLP council representatives said they had no option but to 'pull the plug' on senior management and contact the Audit office.
The councillors say they will also table a motion calling for independent consultants to be parachuted in to probe management "aspects" of the council.
The group said in a statement: “Openness and transparency must be the order of the day. The facts must be disclosed and those responsible for the crisis made to account for what appears to have happened.
“Towards that end, we have again called on the Audit Office to take a direct role in this scandalous state of affairs where the level of indebtedness appears to be fluctuating on a daily basis.
"That cannot continue and for that reason our party have also put the Department for Communities on alert that they have a problem, a serious problem, which could impact on ratepayers for years to come if it is not addressed.
They concluded: “We want to see open and accountable local government and that is not happening and this calls
into serious question the ability of senior management to implement council policies and services.
“We will be tabling a motion calling for the appointment of independent specialist consultants to examine root and branch all aspects of management and bring back to elected members their independent assessments and what needs to be done to pull this crisis out of the fire.”
A statement from Causeway Coast and Glens council said yesterday: "A Finance Committee meeting was held on 16th January where elected members were updated on Council's current financial position, including an initial position regarding the rates estimates. These discussions are ongoing and the rates will be decided next month following Council approval."