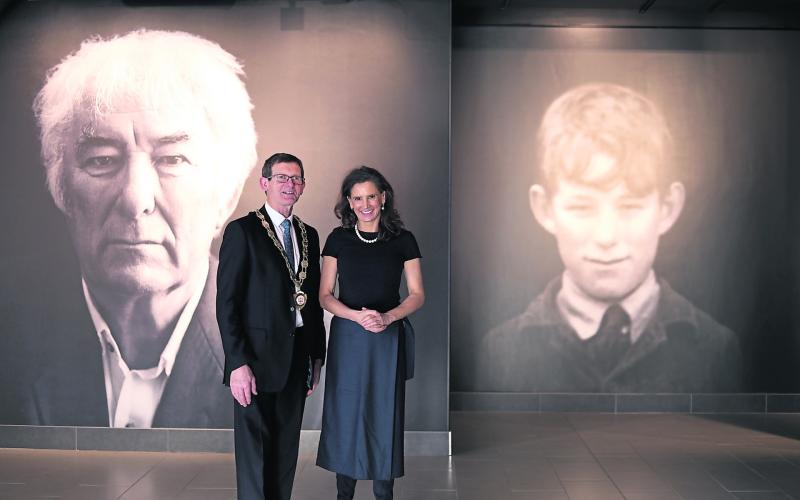 Seamus Heaney’s work has a long-standing association with America and the late Poet Laureate spent time teaching at some of the country’s top universities, including the University of California at Berkley, and Harvard University.

Ms Trudeau was welcomed to HomePlace by Councillor Martin Kearney, Chair of Mid Ulster District Council, who said: “We are delighted to welcome Ms. Trudeau to Mid Ulster today and continue the already strong connection between this area, Seamus Heaney and the United States.”

The Belfast Consulate General is the second oldest continuously operating US Consulate in the world, having been established by U.S. President George Washington in 1796.