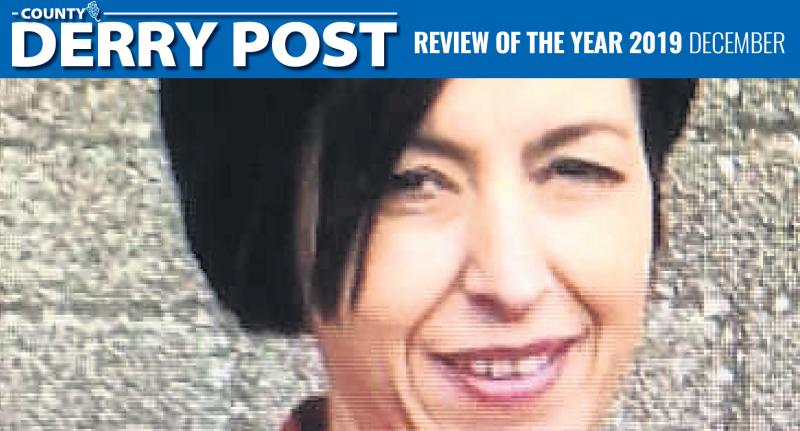 Sister makes heartfelt plea over Helena
It was a sad start to the month as the sister of missing Co Derry woman Helena McElhennon made a heartfelt plea for information over her disappearance.
Teresa Kidd  appealed to motorists, walkers and anyone else who may been in the area between Draperstown and Derry on the day the mum-of-four was last seen, to think back and come forward with information.
"If anyone knows the slightest thing, even if you remember something that may seem really small or insignificant, just ring 101 and the police will fully investigate it,"
“They are the professionals, they will take it from there.
Helena went missing on Sunday, November 24.
"We have approximate timings of between 9.30 and 11am and really dashcam footage is brilliant. “If people could go back and have a look, even if they think there is nothing significant, please just have a look.
"Go back to last Sunday and if anything fits the description, let the police know because something may just give us that clue that we need to find Helena."

Residents fear intimidation campaign
Concerned residents in Tobermore said they feared that an intimidation campaign was being waged in the village following a second arson attack
The PSNI said it was again investigating sfter a 4x4 vehicle was torched on December 7.
The victim - a local businessman - had parked the car in a layby earlier that day.
The arson followed a similar attack on a car and a home in the village on November 16.