“The gas was also turned on and we are very lucky the whole place didn’t blow up. Those who did weren’t content with just stealing, they tried to cause as much damage as possible.” Draperstown café owner Larissa Kelly after her business was ransacked by burglars 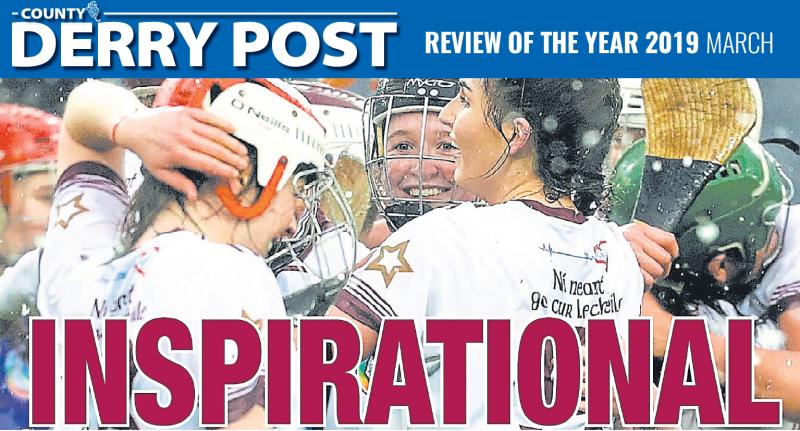 ‘A real nightmare’ for business after burglary
Owners of a Draperstown family business were devastated in March after the premises were ransacked by heartless thieves.
Husband and wife Larissa and Barry Kelly, owners of the Time Out café in the south Derry town were due to celebrate seven years in business when the premises was broken into and vandalised.
Larissa told the Derry Post: “Barry had gone to open up around 10am when he discovered the lock lying on the ground in front of the door.
“At first he didn’t want to panic too much but when he went inside he could not believe what he saw. The place was absolutely destroyed. There was just stuff everywhere and flood damage as the sinks had been blocked up and the taps left running.
“The gas was also turned on and we are very lucky the whole place didn’t blow up. Those who did weren’t content with just stealing, they tried to cause as much damage as possible.
“We are absolutely devastated. We can’t understand why someone would want to do this.
“ They even emptied a 20 litre can of cooking oil all over the floor and furniture. Thousands of pounds worth of food has had to be destroyed because the electric had to be switched off.
“Not only that but we employ seven staff members here and we have had to tell those people that there is no work for them here at this time.”

‘Time to talk about Irish unity’- says Michelle O’Neill
Sinn Fein’s northern leader told the Derry Post in March that now was the time for a serious discourse on Irish reunification.
In an interview with the paper’s Editor Orla Mullan, the Mid Ulster MLA said she believes the Irish government needs to start planning for the unification of Ireland.
The Sinn Fein vice president also said that unity would ‘lead to a better future for all the people who live on the island.’
“Partition has failed our people and the country is moving beyond partition. In the event of a crash out Brexit, we have told Theresa May directly that she must put the question to the people to decide their constitutional future in a unity referendum.
“It will impact on people, it will impact on them in terms of their rights, it’s going to impact on us in terms of how we move across this island, anybody who’s in business. Mid Ulster is a hive of business activity for the agri-food industry, for engineering.
“Those companies are going to be interrupted in their in the trade patterns and how they move freely across this island. You could list all day long the implications of Brexit,” she said.

‘A new dawn for local politics’ heralded by veteran republican couple
Former Sinn Fein representatives, Anne and Francie Brolly told the Derry Post that a ‘new dawn’ for local politics was on the way when they both declared they would stand for Aontu in the local authority elections.
The well-known Dungiven couple, who in the past represented Sinn Fein as a councillor and MLA respectively, left the party over a clash of viewpoint on the issue of abortion.
Anne Brolly said: “People were coming to us telling us they had no one to vote for. Those people are entitled to a vote – that is what democracy is about.
“I left the party I was in because I do not believe in it’s stance on abortion. I am against assisted suicide and abortion, which only devalues life. I left that party because if I had stayed, I would have been endorsing that policy.”

All-Ireland glory can inspire Slaughtneil community says winning captain
The captain of Slaughtneil’s All-Ireland wining camog’s told the Derry News in March this year that the town’s amazing on-field exploits can inspire the team’s youth players to create their own history in the years ahead.
As the south Derry club celebrated yet another national GAA title, captain Aoife Ni Chaside told this newspaper: “Yesterday and today, there has been a lot of messages of congratulations coming in from different people appreciating what we have done. They probably know it more than us players at the minute.”
Revealing that the club’s younger players formed a guard of honour for the winning team after their victory Aoife added: “There has been a lot of support and young people are seeing all that. Hopefully it will inspire them to keep winning, to keep doing well and to be proud of being from Slaughtneil.”