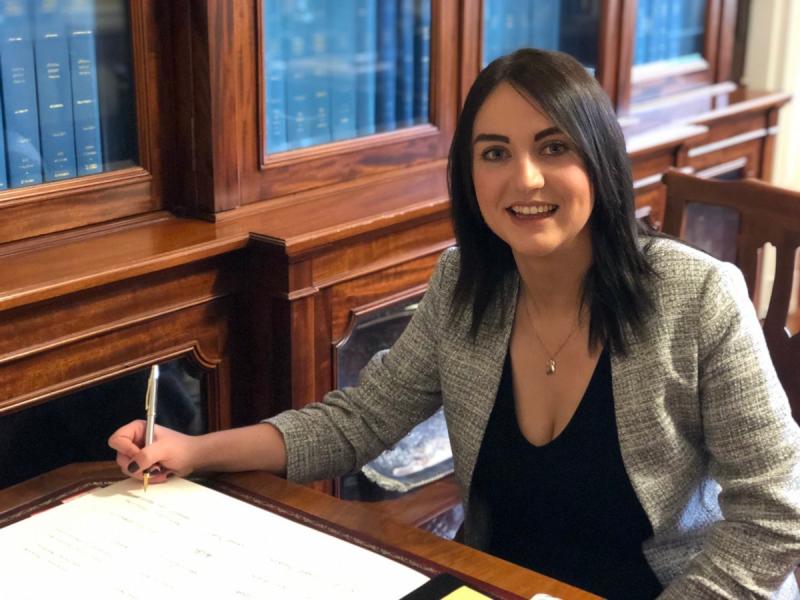 Mid Ulster MLA, Sinn Féin's Emma Sheerin, has raised some concerns following a meeting with Department of Economy representatives regarding Project Stratrum.
The initiative aims to improve connectivity for all households across the north who are currently unable to access broadband services of 30 Mbps or greater.
Speaking after the meeting with senior officials, Sheerin said: "On Monday past, the Department released their most up to date figures, finding that just over 97,000 households across the north are currently without broadband over 30 Mbps, making them eligible for this project, which will be completed by 2024.
"We in Sinn Féin have been speaking about broadband provision for a number of years now, and we are finding time and again that in rural areas, where broadband provision is weakest, that people are being left behind because of their postcode.
"Internet access was once a luxury, but it is now as an essential utility in any home as running water or electricity.
"It's vital that a project of this magnitude, currently worth £165 million, but set to increase with the addition of industry investment following the conclusion of the tender process in March, targets those areas most in need.
"Of the 97,140 premises that have an internet speed lower than 30 Mbps, and thus eligible for help through Project Stratum, 17,841 are in Fermanagh and Omagh district, and 15,664 fall within Mid Ulster. Combined, these two areas account for 34.5% of the homes which need to be targeted within this scheme.
"Myself and my counterpart from Fermanagh and South Tyrone, Colm Gildernew, had a frank conversation with the officials from Department for Economy.
“We know that £165 million is unlikely to service more than 75% of the households which require assistance.”
The Mid Ulster MLA added: "Whilst we understand that this scheme needs to be implemented in an efficient manner, to target as many premises as possible, we don't want to see a situation whereby one rural dweller currently on 23 Mbps finds their access increased to 30 Mbps, whilst a neighbour farther on up the mountain who at the minute has no broadband at all is left unaided.