MLA recovering after accident while canvassing 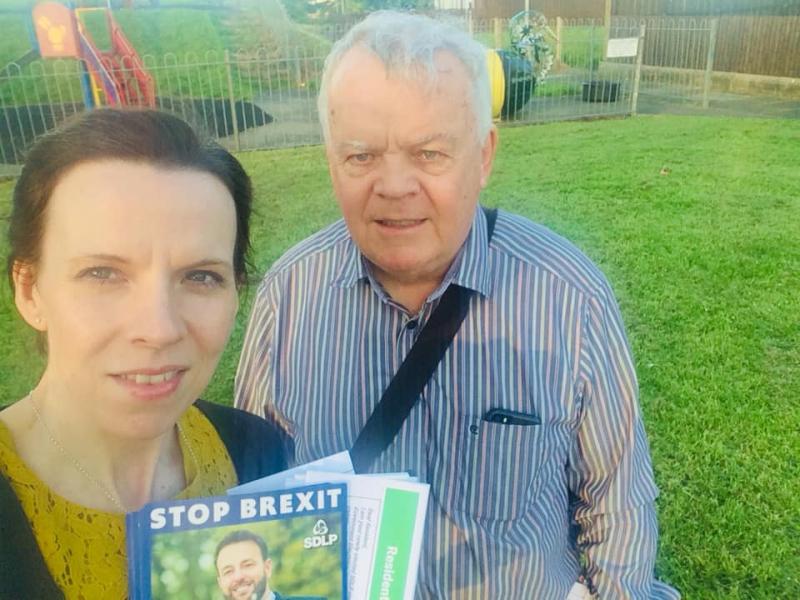 Well wishes have been sent to an East Derry politician left seriously injured following an accident whilst out canvassing last week.

SDLP MLA John Dallat is recovering at Altnagelvin Hospital after suffering a fall during bad weather whilst delivering leaflets in the small village of Glenullin.

It happened on Friday past whilst the dedicated assemblyman from Kilrea was campaigning for party colleague and East Derry Westminster candidate Cara Hunter.

He had to undergo an operation on his arm but is understood to be recovering well and was discharged from Altnagelvin Hospital yesterday (Monday).

Mr Dallat has since thanked medical staff at the Derry facility who have been caring for him.

Writing on Facebook, he said: "I have a million reasons for being grateful, one million reasons multiplied many times over and I have neither the depth of language nor the range of vocabulary to say how amazing our health service is.

"To each and everyone of you I am totally lost for words but much better informed about everyone who works in the NHS."

In response family, friends and members of the public flooded the MLA's account with messages of love and support.

An event due to take place in Ballycastle on Saturday, in memory of murdered German backpacker Inga Maria Hauser, was postponed.

Mr Dallat has been a leading voice in the campaign of justice for the young woman, whose battered body was discovered at Ballypatrick Forest Park over 30 years ago. Her killer has never been convicted.