CAUSEWAY Coast and Glens Council is keeping tight-lipped over the removal and replacement of a bi-lingual sign in Dungiven. 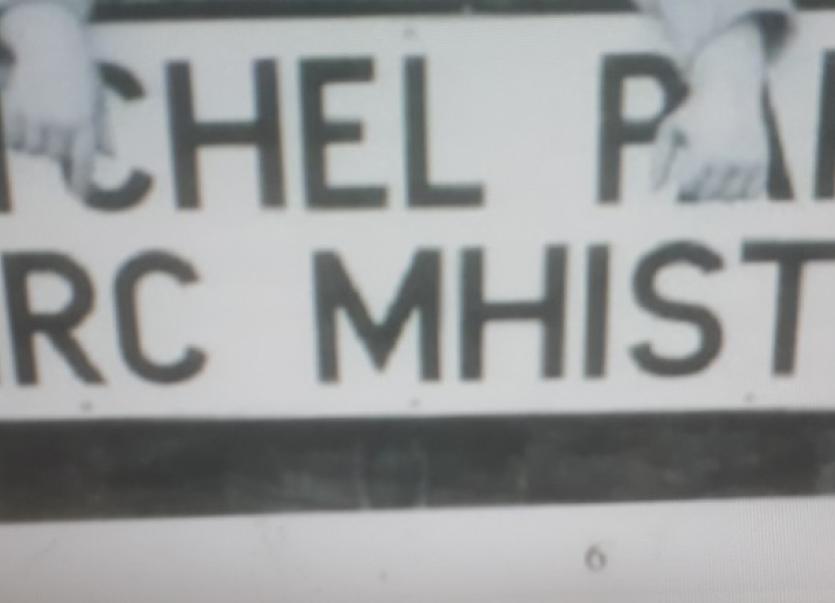 The bi-lingual sign which has been replaced by the council.

CAUSEWAY Coast and Glens Council is keeping tight-lipped over the removal and replacement of a bi-lingual sign in Dungiven.
The sign at Mitchel Park - in both Irish and English - had been in place since residents voted to have the original mono-lingual placename replaced in 2004.
Now, seemingly out of the blue, the bilingual sign has been removed and replaced - with a spelling error.
The new sign displays the name as 'Mitchell Park' when in fact it should be spelt with just one 'l'.
Yesterday the County Derry Post asked the council why it had taken the decision.
But at the time of going to print no answers were forthcoming.
Sinn Féin Councillor Sean McGlinchey, who highlighted the unusual move, hit out saying the move “flies in the face of cultural and linguistic equality to which we all aspire”.
“The original existing signage for the estate of Mitchel Park was erected on its construction 70 years ago and in 2004 the residents were balloted and voted to erect properly spelt and bi-lingual road signage as per the legislation, and yet now we see its removal and replacement with mono-lingual and misspelt signs,” he said.
“Given that this is one of the longest established bi-lingual signs, and is the source of considerable pride for those who live there I will seek its restoration at the earliest opportunity. We see enough cultural vandalism from other sources than to tolerate it here from the statutory authorities and sincerely hope this was a genuine mistake on behalf of those who carried it out.”