Keady or Ballygawley await them in the decider 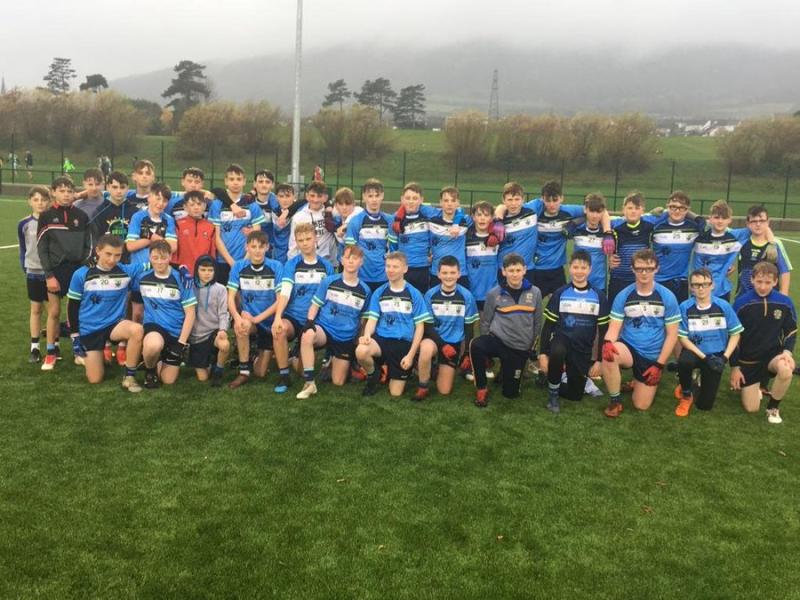 The St Conor's squad who defeated St Louis Kilkeel in the semi-final.

St Conor's Clady/Kilrea are planning for another Ulster final after their U14.5 footballers eased past St Louis Kilkeel in Wednesday's McDevitt Cup (Grade 'C' football) semi-final in Belfast.

It took a late goal to see off Glenties Community School in the Quarter-Final before a comfortable 12-11 to 5-7 semi-final victory over Kilkeel.

They await the winners of Monday's other semi-final between St Patrick's Keady and a fancied Ballygawley side.

St Conor's, an amalgamation of St Paul's Kilrea and St Mary's Clady, are in their second year of existence.