The completion of this Gym is a testament to those involved for the past 2 years. 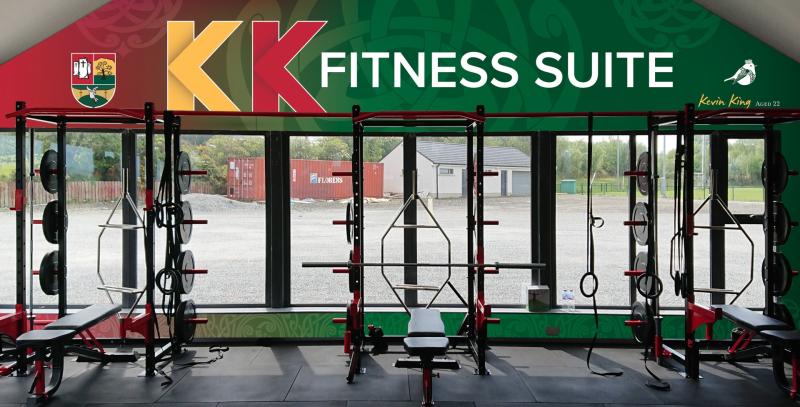 On The 3rd November 2016, the club and community of Slaughtmanus in Co. Derry were stunned as the news filtered out of the sudden death of 22 year old Kevin King. Kevin passed away whilst playing indoor football with his friends. A very fit and active young man, it was later found that Kevin had an unknown heart condition. This only added to the shock felt by everyone.

His club,friends, and team mates were determined to make sure a fitting tribute and memorial would be made to Kevin, that he would never be forgotten. From the shock, and nature, of his death, the idea of a fitness /health suite was born, something that the club and local community could avail of.

Now on the 3rd anniversary of Kevin’s passing, that dream is now a reality.

This Gym was built entirely by Volunteers, the Committee and his team mates took on the role of ensuring the dream became a reality. Various fundraising events have happened over the last 3 years which enabled the club to purchase the materials required to complete the build. Kevin's friends, team mates, committee members and volunteers within the Parish  turned up every Saturday morning for the past 2 years doing the manual labour , bricklaying, roofing , drainage , plastering , electrical works etc to get the building completed. When it came to fitting out the the gym there was no money left in the fundraising kitty, Kevin Watson Club Chairman proposed a drive was to be made to get as many people as possible to sign up to Club Slaughtmanus £120 per year, yet again the people of the Parish, club committee and Players stepped forward to sign up. With over 90 members with club approached the Bank to get a loan of £25k to purchase the Gym equipment.