THE Mayor of Causeway Coast and Glens Borough Council has held a special event to celebrate the achievements of a Foreglen resident who recently competed at the Transplant Games. 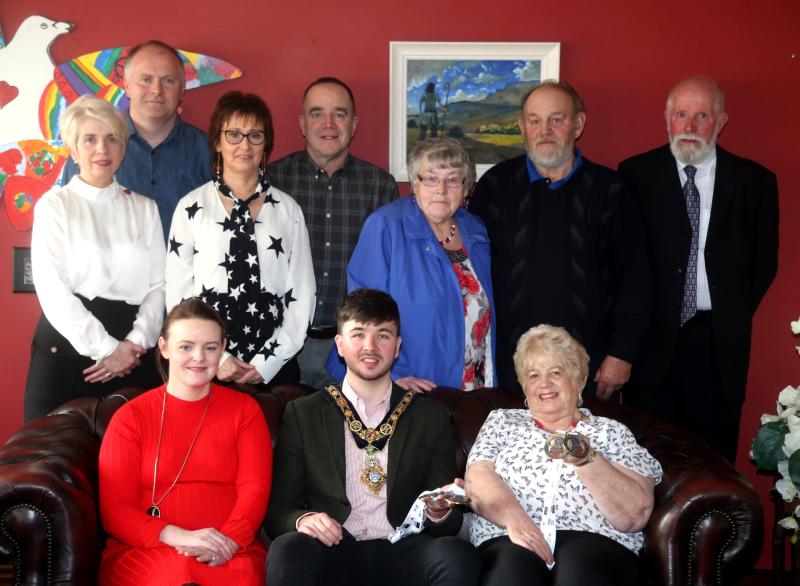 THE Mayor of Causeway Coast and Glens Borough Council has held a special event to celebrate the achievements of a Foreglen resident who recently competed at the Transplant Games.
Bernie McLaughlin received a kidney transplant in 2011 after being diagnosed with a serious underlying health issue.
The operation transformed her life and this summer she picked up four gold medals in separate disciplines, archery, ten-pin bowling, 3K donor walk and ball throw, at The Transplant Games. On top of this, Bernie also won two overall awards, including best in her age category.
Bernie was joined at a recent reception held in the Mayor’s Parlour in Limavady by proud family members, including her daughter Deirdre who was her kidney donor.
The Mayor Councillor Sean Bateson said: “One of the highlights of my role is meeting inspirational people like Bernie and finding out more about their stories.
“Bernie is a fantastic lady, and a shining example of the difference organ donation can make.
“I applaud her achievements at the recent Transplant Games and I hope her successes encourage other people to consider signing up to become an organ donor and give the gift of life to others.”