PSNI say a number of other teens were in the car at the time. 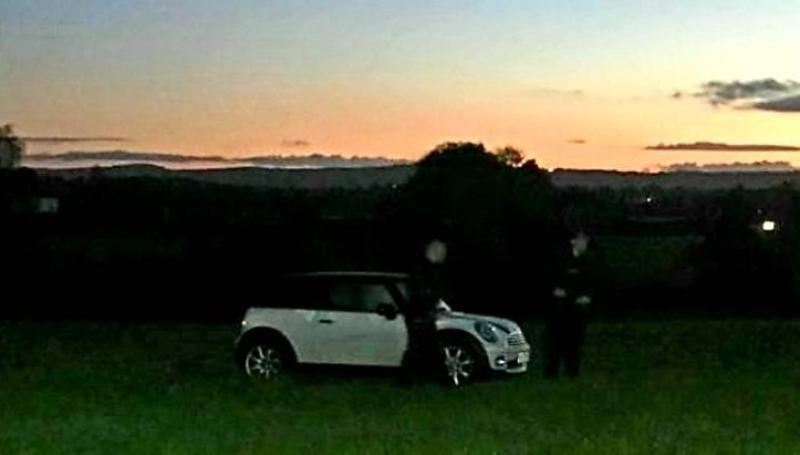 The car halted by police close to Bellaghy in the early hours of this morning (October 30, 2019).

The PSNI has said that the emergency services could have been dealing with "multiple fatalities" after a car driven by a 14- year-old and carrying a number of other teens, crashed in Co Derry.

The incident happened in the early hours of this morning(Wednesday, October 30)  just outside Bellaghy.

The vehicle, a Mini Cooper, was being pursued by police before it left the road.

A statement released by the PSNI in Magherafelt said a number of young people who had been travelling in the car at the time attempted to make off.

All of the vehicle's occupants were apprehended after additional crews and dog teams were called in by officers who had been on an anti-burglary patrol at the time.
Posting a picture of the car involved on its social media account, the PSNI Magherafelt said: "Shortly after 0300 this morning we're on anti burglary patrols in Bellaghy when we spot this Mini on the move. Persons front and back.

"When we tried to stop the vehicle it attempted to make off, crashing into a field. The 'driver' clearly having no idea how to handle the car.

"Occupants all bailed from the car scattering in different directions.

"Additional crews and dog call signs were brought in meaning those who had been in the car were soon rounded up in neighbouring fields and hedges.

"The driver turned out to be a 14 year old with the rest in the car of a similar age.

"Think about that for a second, a 14 year old ripping about the roads with his mates packed into the car at 3 AM - and there are still a small number who complain we're too hard on ropey cars and drivers in this district.

"Really is a case of WISE UP!

"Thankfully we aren't dealing with multiple fatalities this morning."