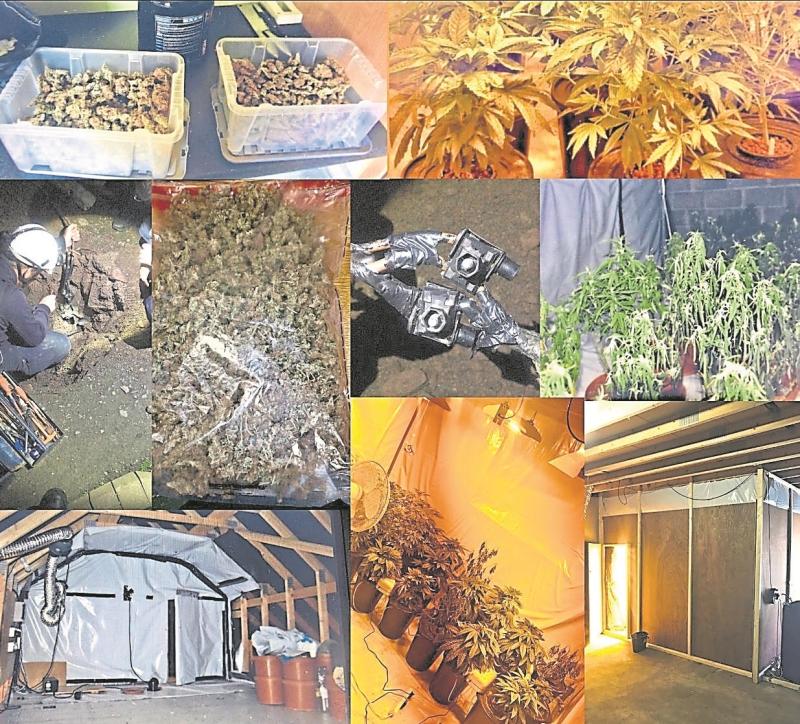 THREE Polish men, all of them aged in their thirties, were refused bail when they appeared at Derry Magistrate's Court yesterday charged with drugs offences following the discovery of two cannabis cultivation sites, one in Kilrea and the other in Coleraine, last Friday.
A police officer told District Judge Mark McGarrity that in one of the houses the police found seventy-eight cannabis plants and five thousand cannabis buds with an estimated street value of £80,000 and in the other house officers found one hundred cannabis plants with an estimated street value of £50,000.
Before the court were Jakud Radzkiowski, 34, from Gorse Road in Kilrea, Kryztof Kupinski, 36, from Crawfordburn Drive in Maghera and Lukasz Kalincki, 37, from Glendhu Crescent in Coleraine.
A police officer told the court that police in Maghera received reports last Friday evening of two men acting suspicious in a house in the town.
When the police arrived they saw two men in the rear garden and a third man tried to walk away but he was detained. There was a strong smell of cannabis and inside the house the police found the remnants of a cannabis cultivation site.
Following the arrests of the three defendants the police then searched premises in Maghera, Kilrea and in Coleraine and in two of the addresses the police found the cannabis cultivation sites.
All three defendants were charged with cultivating, possessing, possessing with intent to supply and being concerned in supplying herbal cannabis as well as dishonestly using electricity. The defendant Radzkiowski was also charged with possessing a prohibited weapon, namely a pepper spray.
The police witness said four mobile 'phones were also seized from the defendants, all of whom had refused to give the pin numbers of the 'phones to the police.
Objecting to bail the officer said he believed there was a risk of the three defendants interfering with the course of justice and he believed there was a high likelihood of them re-offending in order to re-coup their losses. He said the landlords of the three defendants had withdrawn the addresses from the defendants therefore no bail addresses were currently available to them.
The District Judge said he could not consider bail applications until proposed bail address for all three defendants had been checked out and approved by the police.
The case was adjourned until Thursday of this week and all three were remanded in custody until then.