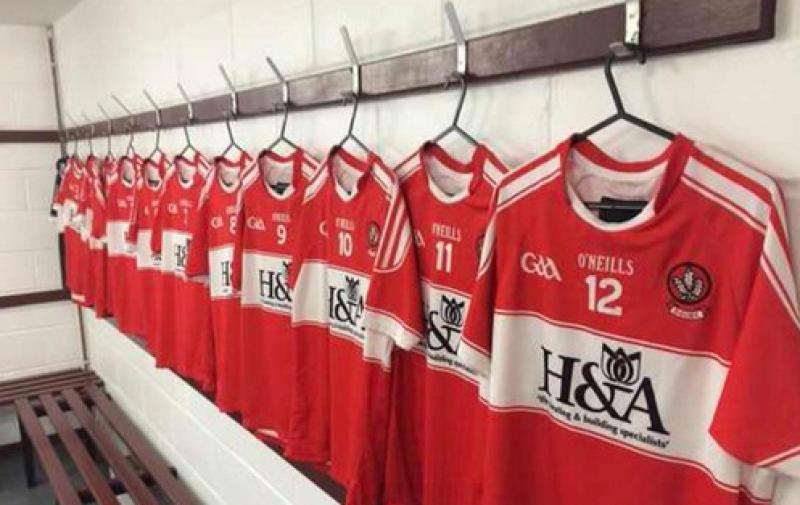 Derry minor footballers have had their preparations hampered by an outbreak of Covid-19 in their squad.

Manager Martin Boyle cancelled training last Tuesday night, after two players were tested positive and 'over five' of his squad will only return from isolation this Thursday, two days before their championship clash with Armagh.

“We felt it was the safest thing to do on Tuesday evening. It hampers your preparations, but you want to do the right thing – which is obvious,” Boyle told the County Derry Post.

“The phone was red hot, with boys saying they were self-isolating, so we just said we'd press pause for a day or two. It was an easy decision and everybody in the management team felt the same.

“There was nothing to be gained by taking a small number of lads to training. There is very little risk with outside transmission on the sports field, but any risk is a risk.”

The squad were set to return to training last Thursday and after 'three good sessions' the previous week, Boyle said it was a 'Godsend' that the club minor championship ran into October.

The Ballinascreen man, in his first year as manager is 'well used' to having to juggle with player unavailability, as many of the panel involved in school and club activity at different stages of the season.

'Quite a number' are still self-isolating and 'more than five' not able to return until Thursday.

“Your preparation is limited,” stated Boyle.

“A lot of counties' had their championships read up earlier. If lads had not had competitive football, that would've been a big issue. We are hopeful that because we have had competitive club football until a week or two ago, that it will stand to our boys.”

Derry didn't include any U16s in the squad for the Ulster league earlier in the season, but have now added five to bolster their panel.

Lavey trio Patrick McGurk, Ruairi McGill and Niall Duggan have come on board. Magherafelt's Cormac Bateson, who was Magherafelt's goalkeeper in the recent minor final, joins the squad as an outfield player along with fellow Rossa Conall Heron. The final name added to the mix is Ballinderry's Niall O'Donnell.

On the flipside, Boyle – who heads a management team of Diarmuid Scullion, Darren McShane and Stephen McGuigan – will have to plan without Donncha Gilmore who sustained a cruciate ligament injury at training earlier in the season.

Calum Downey is carrying an injury. He scored 1-3 in Lavey's win over Magherafelt, but it's a case of 'managing it'.

“They are serious sportsmen,” said Boyle of his squad. “A lot of them are very mature and very determined. The attitude since we have been back has been really good and you can see they have realised it (championship) could've been gone and they want to give it a real shake.”