Adele was redeployed to the Mater Hospital in Belfast to help fight the outbreak. 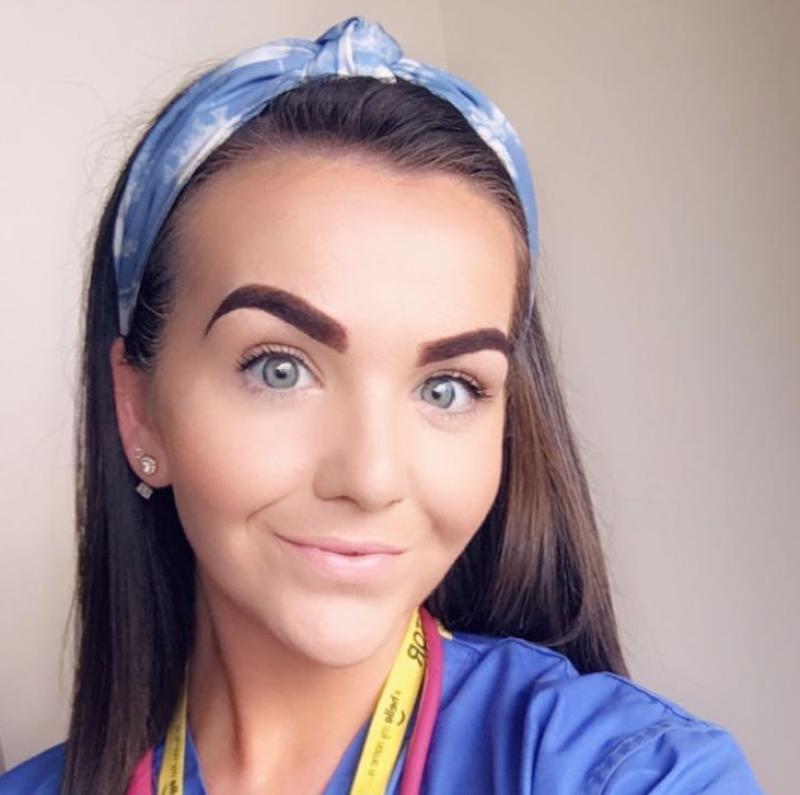 A County Derry doctor has urged the public to continue playing their part to flatten the curve of the Covid-19 pandemic and has described the battle as ‘humbling’.

Adele Heaney has been working in the Covid-19 centre at the Mater Hospital in Belfast after being redeployed from the Royal Victoria Hospital to combat the outbreak.

The Dungiven native recently featured in a BBC documentary called ‘First Time Doctors’ that revealed the realities of life as a recent graduate on a busy hospital ward.

“The purpose of the show was to get an insight to what it’s like being a doctor for the first time and the trials and tribulations of life inside and outside of work,” she told the County Derry Post.

“So many people just see the doctor and that side of things, so the show was quite nice as it showed a bit of life outside work.

“Everyone has had that experience of being the ‘newbie’ in the job and having to learn how to do things in a fast-moving environment.

“It was daunting having cameras following you around but the thing that we wanted to show was what it is like for us as doctors.”

Coming the end of her second year as a doctor, Adele has found herself thrust onto the frontline of the worst pandemic since the 1918 Spanish Flu which killed an estimated 50 million people.

Adele has pleaded with the public not to become complacent and praised the vocal support that has come from the #ClapForCarers campaign on Thursday nights.

“The first week they did that I was very emotional, to be honest,” said Adele.

“When you’re in the hospital and you’re doing a difficult job, having tough conversations and seeing people pass away, it’s nice to see people appreciate the sacrifices you are making.

“The public have been trying to do their best to go by what the guidelines have been telling us – social distancing and staying indoors. We have to keep going with what we’ve been told.

“Everybody in the community has their part to play. Your part might just be staying in the house but that is so, so important to flatten the curve and for us to beat this together.

“We’ve seen the news reports from Wuhan and Italy, and we’ve seen how devastating the disease can be, so it’s important that we protect ourselves to protect other people.”

While tackling the pandemic represents a ‘steep learning curve’ Adele points out that all healthcare staff are coming from a similar position.

She said: “Lots of my senior colleagues who have been in the profession for over 30 years have never experienced anything like this.

“I don’t think there is anything in training that really can prepare you. We’ve had to adapt quite quickly to a new style of working.

“Coming into work and wearing a mask all the time has been difficult, but we have some amazing senior colleagues who we’ve been able to learn from.

“It’s been difficult whenever we’ve had to make phone calls to families about their relatives who are really unwell, you’re not able to have those face-to-face reactions like you normally would.

“Learning on the job has been hard, but it’s very humbling to be part of that and to be there for their family members when they aren’t able to be.”

Born and bred at the foot of Benbradagh, Adele has already set her sights on a speedy return when the coronavirus threat finally eases.

“To be honest, the thing I’m looking forward to the most is being able to come back home to Dungiven and be able to see my family and my boyfriend again,” she said.

“It is very difficult when you’re doing this when you are so far from home. We have this persona of doctor but when we come home from work, we like the same things as everyone else.

“People have made sacrifices of moving out of their family homes and not seeing their children or husbands or wives, so people are looking forward to being reunited with their families.

“That contact with people is probably the thing I’m looking forward to most, as I’m sure most people are.”