The collective effort furnished the house inside 24 hours. 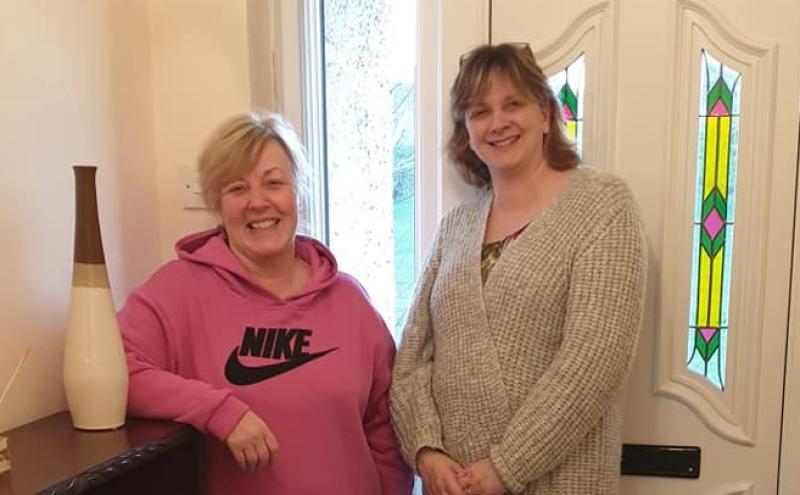 Nurses Jenny and Marian are delighted with their temporary accommodation.

A County Derry community has pulled together to provide emergency accommodation for nurses transferred to the Mid Ulster Hospital during the Covid-19 crisis.

The community in Magherafelt responded to a plea from nurses for accommodation in the area and within 24 hours, a house had been located and refurnished ready for them to move in.

Mid Ulster councillor Darren Totten had been alerted to the nurses’ plight and set in place a train of events that would reveal a heart-warming tale of community spirit.

He told the County Derry Post: “One of the nurses had been asking if there was any accommodation available – Air BnB or something along those lines in the Magherafelt area.

“Somebody had tagged me into it and that’s how I got involved. I sent her a message to give me a ring and she rang me more or less straight away.

“That was on the Friday evening and I met them over at the house at a quarter to 9 on the Saturday morning. It was a bit rough round the edges, it had been lying empty for a while. 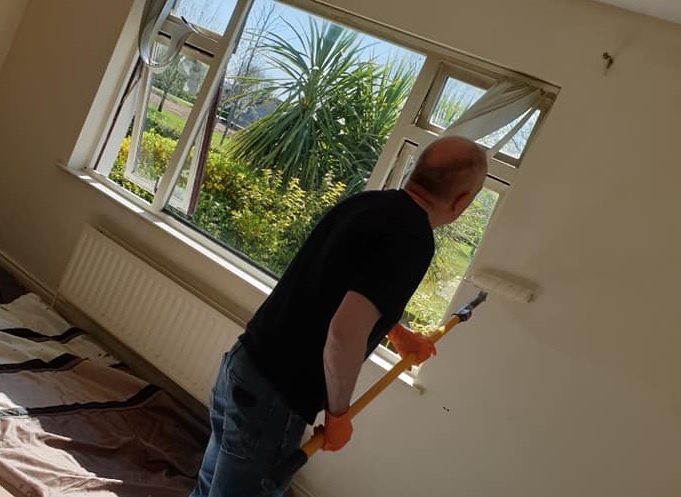 “The fella that has recently bought it had said to me a few weeks ago that if it was of any use to anybody, to use away at it. He brought the keys down and left them with me.”

Darren posted online appealing for help to make the house a bit more inhabitable for the healthcare staff and found himself inundated with offers from both friends and strangers.

“I threw it up on Facebook asking for a favour from anyone who could help kit a house out from start to finish,” he said.

“There were people who came here with tins of paint. Four fellas landed and they were painting the living room and bedrooms.

“One fella, who I had never met in my life, rang me and said ‘I’m here whenever you need’ so I told him to come on ahead. He landed with dust sheets, rollers, paint brushes and all the rest. 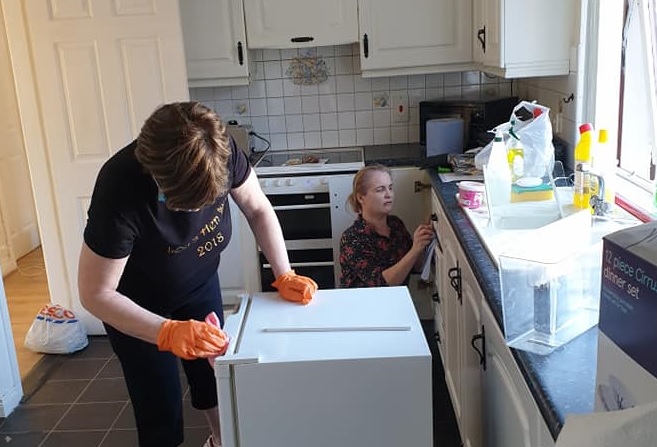 “Bradley’s furniture landed out with a lorry-load of furniture and kitted the whole thing out with brand new mattresses, beds, bedside lockers and all.

“The smaller stuff was all made up from donations that people had given. Cloverhill Oil landed with 500 litres of heating oil and a local fella wired up the TV aerial free of charge.”

Cllr Totten hailed the effort as a fine example of community cohesion and said the positivity had helped create a space for the healthcare staff to rest from the harrowing reality of Covid-19.

He said: “They were over the moon. They would have taken it as it was on Saturday morning, but I asked them to give me a day or two to make it a bit more homely for them.

“The whole thing took legs, there’s a real good will out there at the minute and not a penny changed hands.

“It was all hands to the pump and it was amazing to be part of it. You would have thought anyone working in that house had been friends for life, they were chatting away to each other.

With the house ready to move into on Saturday evening, the mammoth effort left out just one important utensil.

“The only thing we forgot about was a tin opener,” said Darren, “but that’s sorted now.”