Cllr Bateson says the abuse has been ongoing for almost a year. 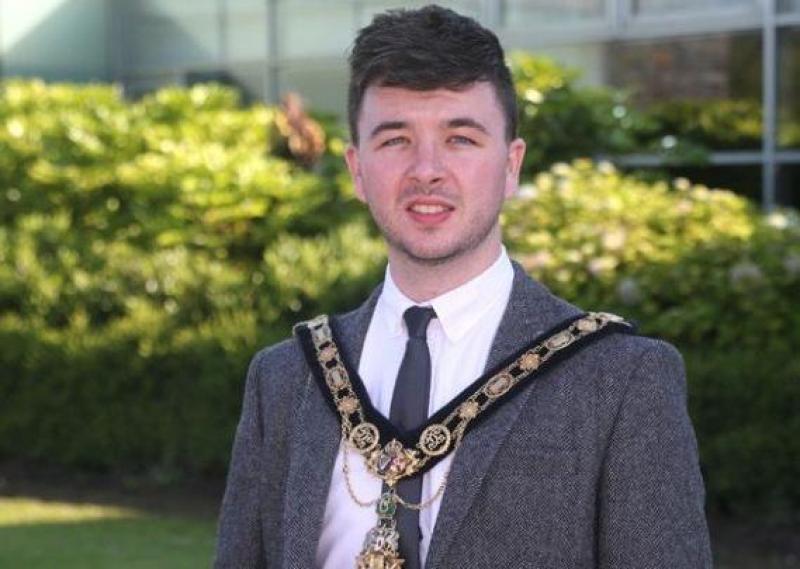 Sean Bateson became the council's youngest Mayor in May 2019.

The mayor of Causeway Coast and Glens Council has spoken out after a recent post on his social media accounts advising people to stay at home prompted a wave of online abuse.

Sean Bateson, who was appointed mayor after his election in May 2015, became the youngest ever mayor of the council area at 26 years old.

Although the latest bout came after his advisory Covid-19 post, Sean says he has been battling the abuse for almost a year.

Since I was elected as a councillor last May and appointed as mayor, it’s been ongoing,” he told the County Derry Post.

“I put up a video encouraging people to stay at home and do the right thing and then there were certain elements commenting underneath it.

“It has been the usual kind of stuff – ‘he’s not my mayor’ and personal abuse about age, looks and appearance, people saying they hoped I get coronavirus - it’s quite disgusting.

“There were a few comments about ‘shooting on sight’ and some of that has been reported to the police. It’s not on, it’s not right.”

Many of the comments directed at Cllr Bateson are sectarian in nature, but holding the office of mayor at such a young age has also given rise to another aspect.

He said: “The age would be the big thing. People seem to think because you’re younger, it gives them a bye-ball to criticise you a lot more. They think it makes you an easier target.

“I am a young mayor, but I’m still throwing myself out there and engaging with people and doing my best for the whole community in Kilrea and across the Causeway Coast and Glens.

“I’ve been right across the council area trying to meet as many groups across the spectrum as possible. I try and do my best for everybody.”

He said: “Some people think they have some sort of immunity to sit behind a screen and say what they want.

“I don’t know where it stems from, or why people think they can say what they want on social media but there’s a section out there who think they can get away with it.

“Politicians are there to do a job and should be challenged through proper procedures, but no public representative, regardless of background, should have to put up with such abuse.

“It’s disgusting and should be condemned by all quarters.

Sinn Féin group leader on the council, Cara McShane, has condemned the abuse directed towards the Mayor.

She said: “No elected representative deserves the sectarian abuse shown to Sean by a small minority.

“The comments since Sean topped the poll in May’s elections and then taking up the mantle of Mayor, have been vile and are reflective of the small mindedness of a handful of people.

“Sean has been a great Mayor and has worked hard to be accessible to groups and communities right across the Council area.

Cllr Bateson said the abuse would not deter him from doing the job he was appointed to do.

“I would be wrong to say that it doesn’t annoy me, but it’s not going to stop me from doing my job. I’m here to represent everybody and I’m going to keep on doing that.”