Government figures show that under a 'reasonable worst case scenario' 3,000 people are expected to die in 20 weeks, just 500 short of the total number of lives taken during the Troubles 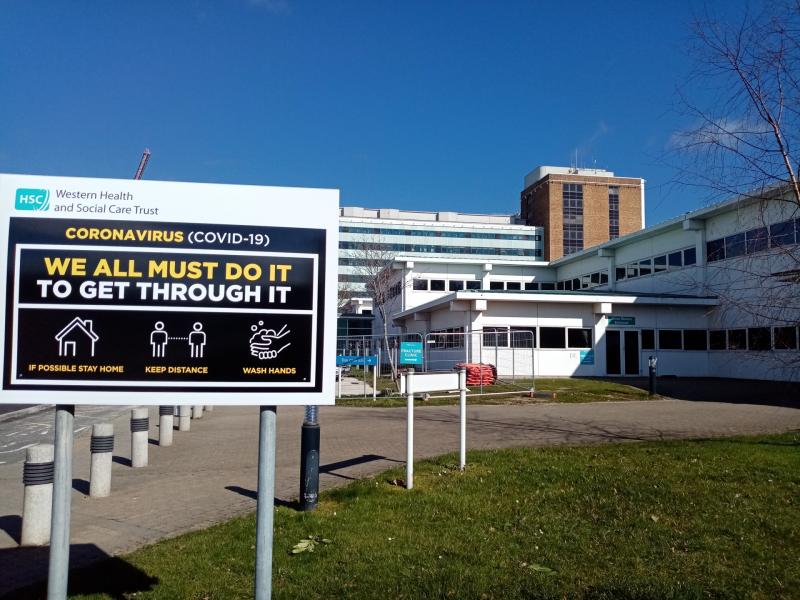 A local GP has encouraged the Derry public to maintain their steadfast efforts by staying at home ahead of the anticipated first wave of cases.

Yesterday, new local modelling data set out a reasonable worst case scenario, based on a number of assumptions including social distancing measures producing a 66% reduction in contacts outside the home and workplace.

The modelling team’s best judgement is that this would lead to a peak number of 180 COVID-19 patients requiring ventilation and critical care beds during the first wave of the epidemic.

The peak number of Covid-19 hospital admissions would be 500 per week.

Under this ‘reasonable worst case scenario’, the projected number of cumulative COVID-19 deaths in Northern Ireland over 20 weeks of the epidemic would be 3,000 – just 500 less lives than the whole of the Troubles.

The modelling indicates that the peak of the first wave of the epidemic is expected between April 6-20, 2020.

Over the weekend Derry’s new COVID-19 Centre at Altnagelvin Hospital was forced to shut temporarily due to staff sickness.

The Western Trust has now prioritised the nurse staffing levels at the centre, giving it the same status as ICU and Emergency Department, and doctors running the GP led service are confident it won’t happen again.

Yesterday, one of the centre’s GPs, Dr Paul Molloy, said it is running ‘very well’ and patients and staff are handled ‘very safely’.  Patients who are concerned ring 111 and then their own GP.

Patients are presenting with different symptoms which can be influenced by factors such as age, underlying illnesses and fitness levels playing.

Dr Molly commented: “The clinical presentation is varied, stuffed up nose, loss of smell and taste seem common at present.

“However, these are symptoms of a head cold or flu also and in themselves not worrying.

“Worrying symptoms are a cough that is constant, a high temperature over 38 and shortness of breath.

“It is still reasonable at this point however if you feel you are managing with paracetamol and fluids (remember warm tea/fluids and vitamin C) to stay at home.

“The worry would be when you are very short of breath or out of puff.  If you are normally able to do a lot of exercise then if you can’t go upstairs without feeling out of puff, that’s significant.

“If you have COPD that might mean you are out of puff at rest.

“If you feel really poorly, just awful, but can’t put your finger on it that might even be worth checking out.

“All the clinical presentations will be different due to age, other illnesses and levels of fitness.

“Others will be at risk if they have other illnesses and their overall strength and immunity make it difficult to fight another illness.

“As the virus seems to cause blockage of airways with mucus it would seem reasonable that people with COPD, asthma and smokers isolate.”

As of yesterday afternoon there were 101 coronavirus deaths across the island of Ireland, with 30 of those occurring in the North.

At 11.19am on Wednesday April 1, testing had resulted in 103 new positive cases, bringing the total number of confirmed cases in Northern Ireland to 689.  In addition there have been 3,235

Further figures were announced in the South yesterday evening.

A number of young people, whose families said they were ‘healthy’, have died after contracting coronavirus.

Dr Molloy acknowledged that ‘young people are dying’ but ‘not in large numbers, in fact in numbers that are able to be counted on one hand that I have heard of here.’

He added: “If a young person without any obvious illnesses dies there is not any evidence to know why at present.

“These are questions that will be answered by research and not by speculation, which is frankly deeply upsetting.

“If you have COPD or asthma or heart disease, isolate yourself.  If you get COVID the probability of you dying is still very low.”

While the number of confirmed coronavirus cases are increasing, the local GP, believes that people in Derry have heeded the advice of health professionals.

However, he has urged people to phone a doctor if angina or other conditions worsen.

“It would be very silly to die at home of a heart attack because of fear of going out.

“Also children are very low risk here but they will still get urine infections and things like meningitis so please phone a doctor if your kid’s temperature isn’t improving or he/ she is very sick.

“Explain to kids also that we aren’t all going to die as I’m sure they are all very anxious about this.  It’s a big change being off school and everyone around us in a heightened state of fear.

“All in all I’d say we are better than where I thought we’d be but it’ll get worse in the next few weeks so continued isolation is needed.