CORONAVIRUS LATEST: ‘Despite the hard times we have seen the best in Derry people’ 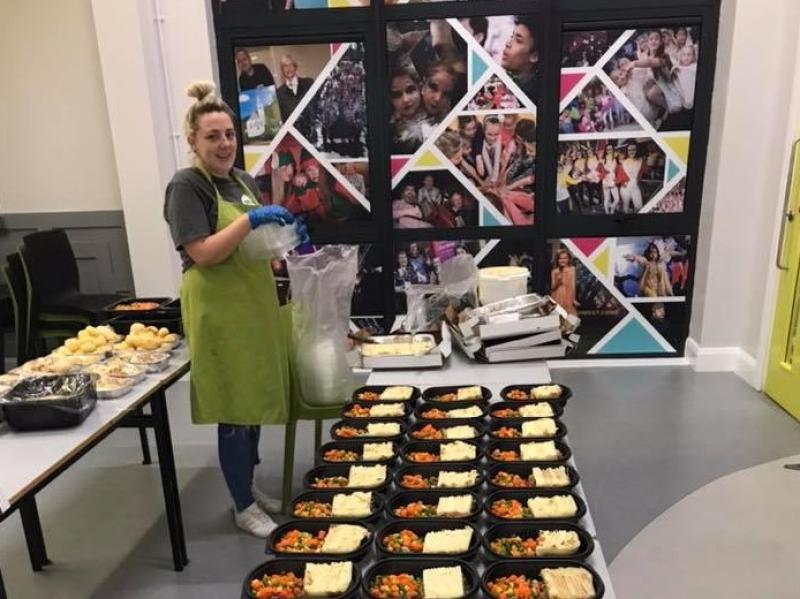 Local business Moji has been making up the meals

A local community group forced to suspend normal activities amid the coronavirus pandemic has been delivering meals to isolated older and vulnerable people.

Those behind the initiative say it shows the true spirit and generosity of Derry people during one of its most challenging times.

Healthy living project Moji, managed by Mia Layberry-Ling, is also part of Studio 2 and the food delivery project was her idea.

Arts Director at Studio 2 Ollie Green said the building has been closed in recent weeks following the coronavirus outbreak so they decided to provide meals for older and vulnerable people.

To begin with about 20-30 people had meals delivered but numbers have gradually increased and this week around 200 people a day were supplied with meals.

Working with other community groups and agencies, a team of volunteers has identified those most in need and managed to distribute nutritional meals to people in isolation in all corners of the city, from Nelson Drive and Newbuildings to the Bogside, Shantallow and Ballyarnett.

“We’ve been making them using our former café space which we’ve turned into a production line to make up proper dinners.  These are ready cooked dinners so people just have to re-heat them.

“This is positive news story for people in the city, a really good group of volunteers have come together to try and do something in a very practical way.

“I think demand is only going to increase and there are more calls coming in all the time.”

Social workers, medical workers and health centres have referred them to people in need of support.

“It has been really sad at times,” Ollie explained, “but people have reached out and at this stage it is about helping the most vulnerable.  Those who may not be capable of getting up to cook a meal and for older people it is important they are eating healthy meals.

“Mia who runs it is a specialist in nutrition and a professional caterer who knows exactly what she’s doing.  It’s a nicely balanced meal with meat and vegetables and ensures people are getting a proper nutritional meal every day which we know boosts their immune system.”

Ollie is conscious that it’s the early stage of the crisis in Derry and he predicts that over the next few of weeks they could be delivering meals to 500 people or more.

“We’re trying to do the best we can and people have been very helpful, someone set up a JustGiving page to donate and we’ve had different companies giving us food.

“We’re trying to do this on an industrial scale and are very grateful for all the support.

“It shows the spirit of the people of Derry that they do want to come together and help people.

“Despite the hard times we have seen the best in people.”

They are asking statutory agencies to assist them in the time ahead as demand grows during this period of enforced self-isolation.