CORONAVIRUS LATEST: Derry GAA doctor gives important advice on how we should exercise

Collective training would be highly irresponsible 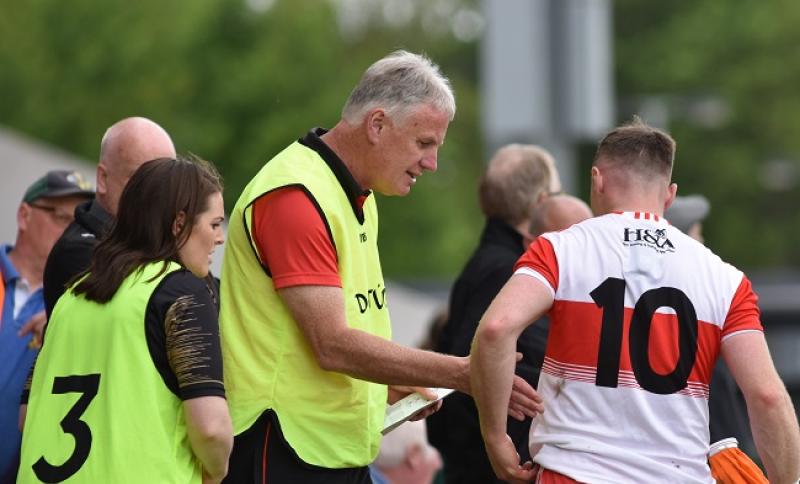 A highly-respected local doctor, with a qualification in sports medicine, insists that controlled exercise is still important for physical and mental health, but any form of collective team training during the current lock-down, would be 'highly irresponsible'.

Dr Paul John McCormack, an Ulster winning defender with Derry, has been qualified for 34 years. He is currently a GP in Kilrea Health Centre and has been a Derry GAA team doctor for 'over 25 years'.

With the current Covid-19 pandemic, local leisure centres have followed the various sporting bodies by closing their doors.
Speaking to the County Derry Post, McCormick feels that people can still slot exercise into their daily routine, with stringent guidelines.

“You should be running or exercising on your own,” he stressed.

“If two people, living in the same house, are exercising together, that would be okay but two people meeting up to exercise is probably not a good idea.”

McCormack clarified that this advice 'could change' if the country goes into total lockdown.

The GAA, like other sporting organisations, have suspended all games and training. To any team thinking of breaching the guidelines, to possibly gain an edge on opponents, McCormack's response was unambiguous

With schools closed and many parents working from home, McCormack can relate to the need for everyone to keep active.
“The idea is to promote general exercise, for physical and mental health. It is going to be particularly important in these times. People aren't doing the same activities and are going to be at home bored as well.”

“With Covid-19, there has been evidence of inflamed heart muscle. Even if a younger person was having very minor symptoms, this virus can inflame heart muscles and there is an associated cardiac risk with that.

“Running is good, if you feel well. If you don't feel well, gentle walking is okay. If you feel unwell, you should not be doing any vigorous exercise for a period of 14 days, until you feel fully well because of the cardiac risks involved.”

McCormack points to 75 minutes a week of 'vigorous' exercise, like running, or 150 minutes of 'moderate' exercise, such as walking or 'normal pace' cycling as the normal guidelines.

“People can do as much as they want,” he added, while recommending exercise to help ease uncertainty currently dominating local communities.

“Exercise is very good for lifting your mind. If people are used exercising and have to go periods without exercising, it can affect their moods.

“Shared gym equipment is a high risk for spreading the virus, like handling weights, or bicycles. Anything where there is high contact, those do bring risks with the virus alive and infectious for several hours.”

In the past week, the first round of the Connacht SFC in New York has been postponed by the GAA. The All-Ireland Féile competitions, which was due to be partly hosted by Derry has been called off and the Celtic Challenge U17 hurling is another victim, with Derry chasing three-in-a-row.