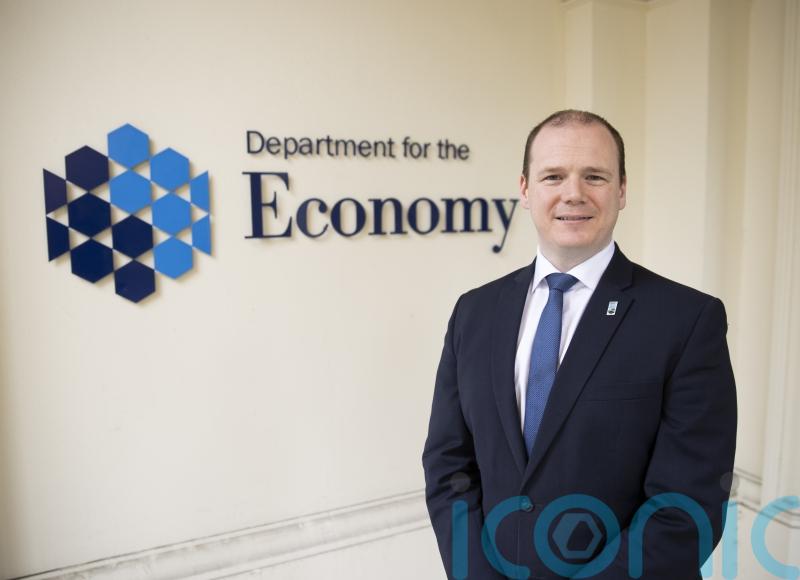 Economy Minister Gordon Lyons said around 1.4 million of the £100 Spend Local cards were issued as he outlined data on one of the Executive’s flagship Covid recovery stimulus measures.

The data also reveals that almost £2.7 million was left unspent on activated cards.

All householders across Northern Ireland were eligible for one of the pre-paid card to spend in local shops.

On Monday, the Department for the Economy published management information on the scheme collated by the Northern Ireland Statistics and Research Agency. 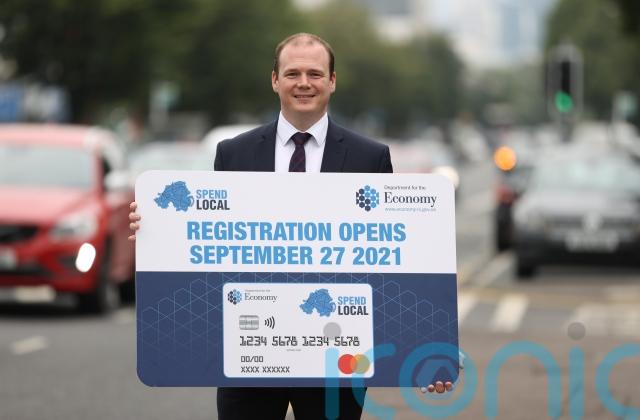 It provides a detailed analysis of how the cards were spent and where.

That left £2,692,371 of unspent cash on the activated cards. That money is not lost and will be either reallocated by the Department for the Economy or returned to central coffers.

Mr Lyons said: “The High Street Scheme has been a huge success and achieved exactly what it set out to do.

“It brought shoppers back on to the High Street and has helped and supported our local retail, hospitality and service sectors start their journey of recovery from the devastating impact of the pandemic.”

He added: “This is a tremendous achievement. The scheme was designed to provide an economic boost to the local economy and to this end £136.6 million has been injected into the economy

“This can be clearly seen from the fact that nearly 1.4 million customers visited our local shops, restaurants, bars, cafes, cinemas, hairdressers across all parts of Northern Ireland during the lifetime of the Scheme and over 3.7 million new transactions were made using the Spend Local card.

“Of course, we know that many of these customers will have spent more than the £100 on their Spend Local card. So the figure – in real terms – will be greater.”

Belfast was the council area where most transactions were made, with almost 870,000 occurring in the city (23.4%).

However, the minister said the concentration on Belfast was not as much as might have been expected, with “benefit right across” the region.

“We actually saw right across Northern Ireland in every postcode people using their card and spending their cards,” he said.

Mr Lyons said around £25 million was spent in October, more than £80 million in November and £30 million in December.

“So it was a key boost right after the worst impacts of the pandemic and really helped our overall economic recovery in Northern Ireland,” he said.

Mr Lyons stressed the scheme was a specific response to the Covid pandemic and there were no plans to do something similar in the future.

The minister said the scale of the task of delivering the High Street Scheme was “unprecedented”, with his department implementing a process which manufactured, dispatched and delivered cards to close to 1.4 million people.

He said the cost of administering the scheme is set to come in at between 3-4% of the overall budget for the stimulus initiative.

“The effort was worth it,” he added.

Mr Lyons added: “The people from which I was most pleased to hear were the business owners who needed the scheme to help them cope with the impact of the pandemic.

“On a personal level, these individuals – shopkeepers, barbers, newsagents, publicans, cafe owners, the list goes on – brought it home to me why this scheme was so important.”

Mr Lyons has already outlined plans to compensate those who were unable to avail of the £100 card.

People who missed out on the vouchers through no fault of their own are getting the money through a direct payment to their bank.

Despite the deadline to use the cards being extended a number of times late last year, some people have not been able to spend the money, because of issues including postage delivery failures, technical problems in activating the cards or administrative mistakes by the department.