"He was a good salesman but he wasn't a good businessman"

Jimmy Duddy remembers his uncle, John Johnson who was not taking part in the march at all, but was going to check on a elderly friend before being shot. He would die of the injuries sustained that day months later. 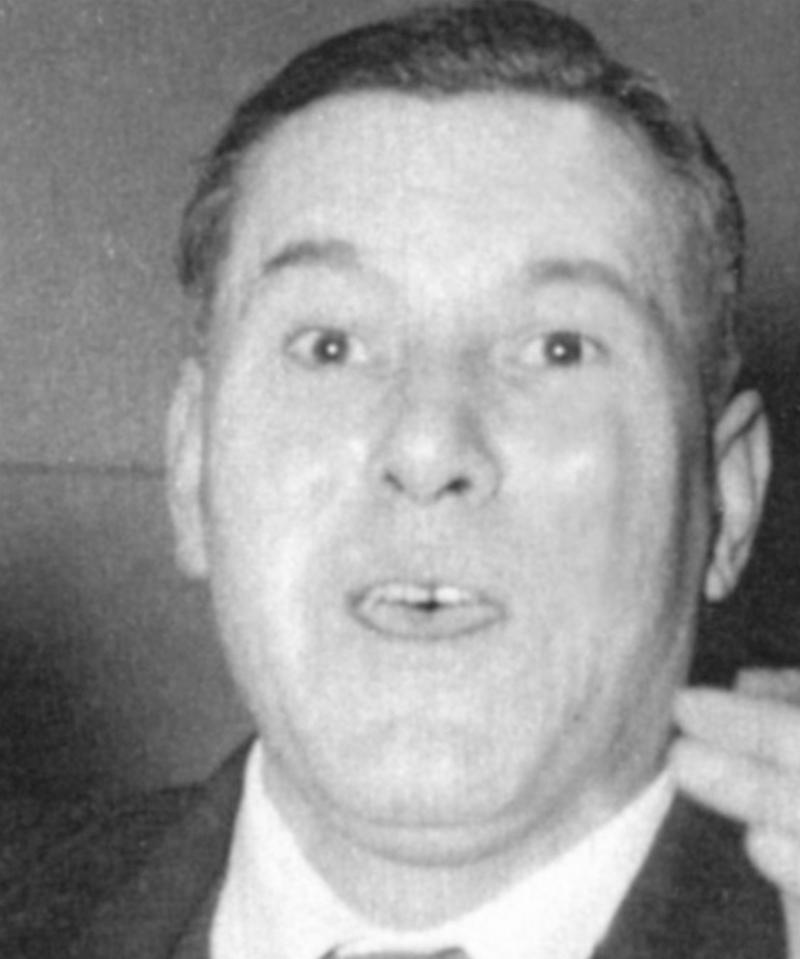 John Johnson, the eldest person killed. His nephew Jimmy Duddy said: "It was horrendous how John died over the time after Bloody Sunday. He was a big, strong man so it took longer for him to die."

“He was a good salesman but he wasn't a good businessman”, laughs Jimmy Duddy when recalling memories of his uncle John Johnson.

John was a draper and if, by the early 70s, you were in Derry and had a good suit or shirt, there was a fair chance that John had sold it to you.

Only, as Jimmy admits, there were times that John would have handed out various items of clothing in order to ensure someone, who couldn't afford to pay, would look their best at a wedding or christening.

For Jimmy though, Uncle John – along with his wife and Jimmy's aunt, Margaret – will hold a special place for him.

Health reasons meant that Jimmy's mother would have to go into hospital once or twice a year and John and Margaret were on hand to see their nephew right for a place to stay as well as the security of a loving home.

Jimmy said: “John was from the Waterside and he was a draper fitting and selling clothes to people. He was a good salesman but he wasn't a good businessman.

“A lot of people didn't pay him. If someone came to him and said they needed clothing for a christening or a wedding or something, but couldn't afford to pay upfront, he still would have given them what they needed – that was the type of man he was.

“About his early life, we don't know much about him with regards to what school he went to. Maybe Margaret (John's wife and Jimmy's father's sister) knew all that but he never spoke about it – then again, nobody asked him as we probably didn't want to pry.

“Him and Margaret were never blessed with children which is why we were so close to him. Plus our mother wasn't well and would have been in hospital once or twice a year. So we would have gone over and stayed with John and Margaret during those times.”

On January 30, 1972, despite being on previous marches, 59-year-old John decided to give this one a miss.

However, as the confusion began to unfurl, John went out to check on a friend who lived nearby and was in their 80s to see if they were okay.

On his way, a shot rang out and John saw a young boy – 15-year-old Damien Donaghy – fall to the ground after being hit by a bullet.

John ran over to check on Damien only for another bullet to be fired – this time it hit John.

Jimmy continued: “On the day of Bloody Sunday itself, John wasn't even taking part in the march. He was going to check on a friend who lived on a street called the Bogside.

“A lot of people in Derry don't know that there was a street called the Bogside but that's where John's friend lived – 126 The Bogside.

“He went round to check his friend as they were in their 80s then because he would have seen all the confusion with the people marching nearby. However, he never got that far as he was shot on William Street.

“John would have been interested in Civil Rights and he went to a few marches before. But he wasn't on this one.

“We heard about what happened to him pretty quickly. It was maybe close to five o' clock when we heard – not much more than an hour after he was shot.

“I took my father's car and we went to go to the hospital which was a scene of chaos when we got there. It took a while for my and my father to find out where John was.

“We did find him and he asked me to get hold of his parents – who lived on the top floor of the Rossville flats – to let them know he was alright. 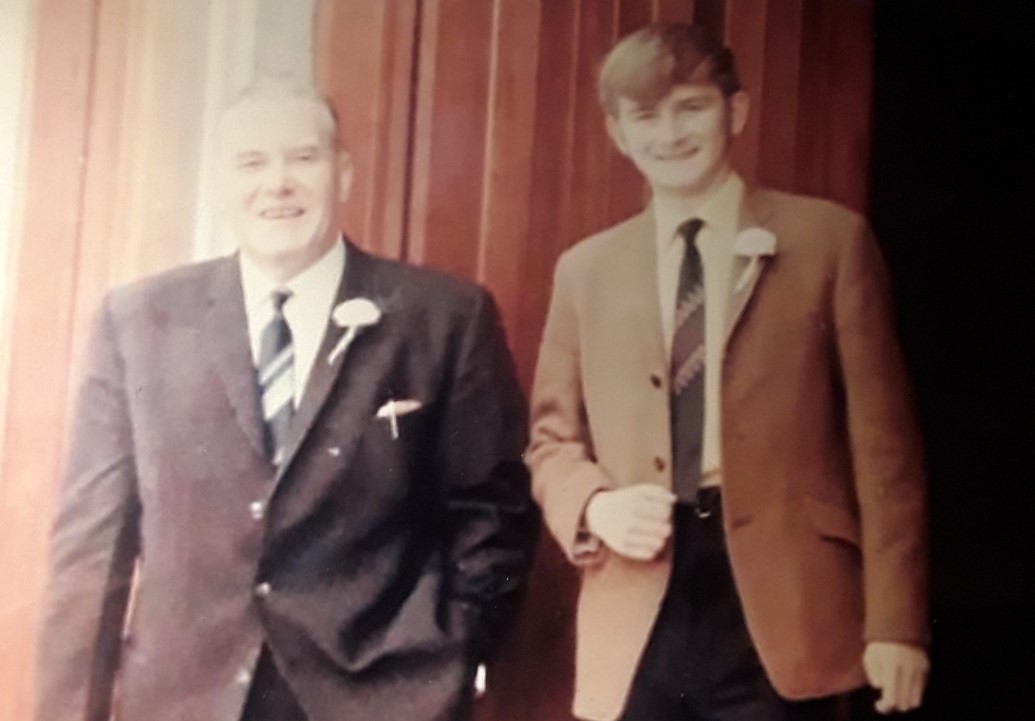 “We then went home to let Margaret and the family know that he was going to live. He was shot but, as far as we knew then, he wasn't going to die.”

Unfortunately, that fatal process was underway. Although he survived the bullet wound, John had hit his head on the road as he fell after being shot.

A blood clot had formed on his brain. It was was eventually discovered but despite an operation, John died and became Bloody Sunday's 14th fatality.

Jimmy added: “Over the next few days, I took Margaret over to hospital. Then he got out but was still in shock but he did go back to work.

“But one of the fellas that worked alongside him said that he wasn't the same person.

“This was a man who if you went into the shop to buy a tie, he'd have you walking out in a suit – he was that good a salesman.

“He had just completely changed but we didn't know that he had hit his head when he was shot. That formed a clot on his brain which was operated on in a hospital in Belfast.

“However, the operation wasn't successful and he died three days later. We had mentioned to the consultant at Belfast in the ward John was brought to about Bloody Sunday and he just snapped back, 'Ah that was nothing to do with Bloody Sunday'. He was just an ignorant sectarian pig about it all.

“It was horrendous how John died over the time after Bloody Sunday. He was a big, strong man so it took longer for him to die.

“A lot of people might not have understood how close we were to John and Margaret. Their house was our second home.

“But from when he was shot to when he died, John had just changed. I used to take him to Mass but he didn't go. We just took that as him still being in shock with the shooting. You know, the feeling of being lucky to be alive when so many had been killed.

“But we didn't realise what was happening (with the clot on his brain). He just very quickly went downhill.”

The Widgery Enquiry that followed Bloody Sunday, despite it eventually being disgraced for the whitewash that it was, still causes a great deal of hurt for Jimmy.

He said: “The Widgery whitewash was devastating. The funny thing was, John was the only person that Widgery cleared – what else could he do with a 59-year-old man running to help a 15-year-old boy who had been shot.

“With Widgery as a whole, the overriding feeling was 'how can you clear mass murder on a Sunday afternoon in front of so many people?'. Not just those who witnessed or survived the shooting but reporters and cameramen who saw it happen and took pictures and reported on it.

“But he did and as we found out, (the Prime Minster back then) Ted Heath told Widgery not to forget that they were not just fighting a war but a propaganda war as well. He basically told him to clear the soldiers.

“I had hoped that something would have come out from the Widgery Enquiry but we were not that naïve to think that the British Government would be truthful.”

Saville would exonorate John and the other victims but Jimmy does not remain hopeful that justice will ever be done.

He added: “We all gathered in the City Hotel to hear about the prosecutions. Then they announced that they would only be prosecuting Soldier F. I, like many others who were there, just got up and walked out. They had laid out tea and biscuits for us but very little of that was taken once the news was broken to us.

“I was in complete disgust at the fact that only one person was to be charged for Bloody Sunday.

“Somebody later said to me, 'you just watch – they'll drop the charge against him'. And sure enough, the charges against Soldier F would go on to be dropped.

“It's pretty hard to think that fifty years on, the State is still covering up for what happened on Bloody Sunday.”