The Shantallow Community Centre is to be demolished tomorrow to make way for a new £2.4 million facility

The Shantallow Community Centre is to be demolished tomorrow to make  way for a new £2.4 million facility, but before the doors close for the last time we spoke to the man who was instrumental in getting it built.
Erected in 1967, the £10,000 building was supposed to last a decade, but it has served the area for 43 years.
When  Derek McCauley moved to Moyola Walk with his wife and three children in 1966 there was only a shop and a chemist.
"Shantallow was just a field," said Mr McCauley, who worked in Coolkeeragh Power Station.
"The only amenity was Patsy Owens' shop and the chemist.
"I was coming from a place where we had dance halls and picture houses, Shantallow didn't even have a bus service.
"The bus stopped at Belmont and we didn't have a chapel. We had to go to Pennyburn. 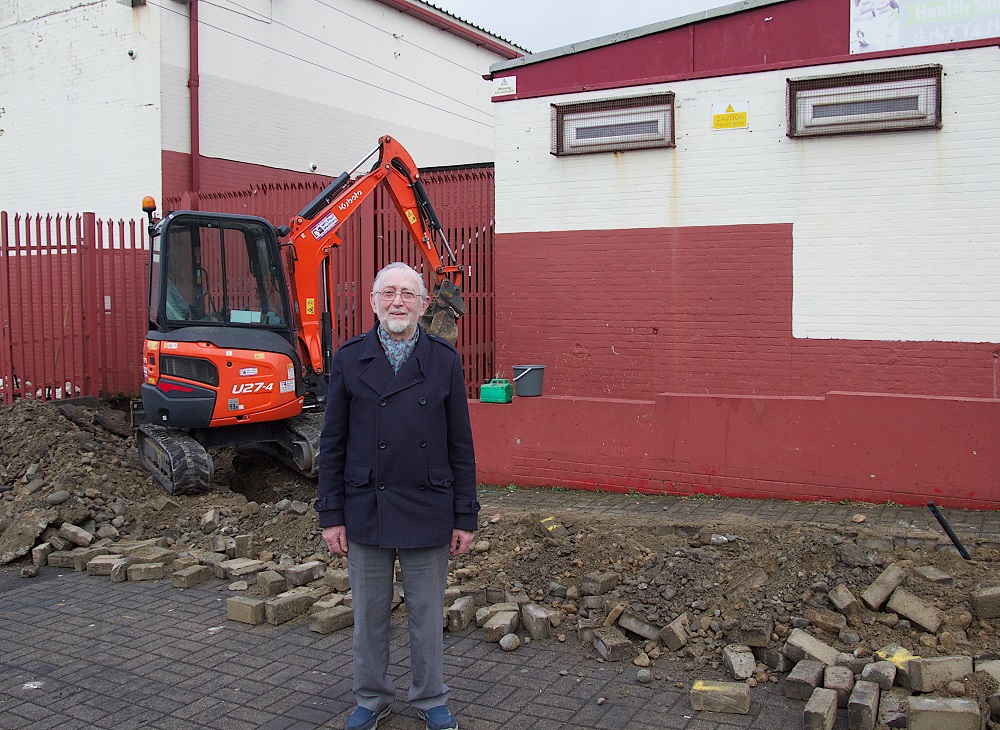 "The move was a big culture shock.
"I saw a very urgent need to get an organisation together to improve the situation.
"I felt what was needed was a tenants' association."
The seeds of the Shantallow Tenants'  Association were sown when the residents began organising  bus runs to Moville and Malin.
It was a great opportunity for neighbours to get to know each other and there was a general consensus that more should  be done for the young families in the area.
In 1967, just before the outbreak of the Troubles, Mr McCauley wrote   to the Belfast  Telegraph asking for help as he knew there were a lot of tenants' associations  in the Greater Belfast area.
Groups from across the North advised him how to go about setting up a tenants' association.
"The Highfield Tenants, Association, Amalgamated Corporation Tenants' Asso- ciation, Tullycarnet Tenants' Association, Lyne Social Club in Larne, North Belfast Tenants' Association and the National Federation of Tenants Associations all wrote to me.
"I received lots of replies and they supplied me very useful advice.
"Most of these associations were political and non sectarian and I still have those letters.
"The main theme of these letters was use your politicians, but don't let them use you."
The first meeting was held in a small gun club in the area by founder members, Danny Cooley, Tom Doherty, Sally Fleming and Mr McCauley.
Mr McCauley was elected as chairman and Mr Cooley was elected as treasurer and it quickly became clear a community centre was needed.
"We put a questionnaire  around the estate asking would they like a centre and what they would like to see in it and we got a great response."
The association met with the Housing Trust (now the Housing Executive)  and made their case.
"We met with a lady called Miss MCCullough. She was a great help to us and I think we struck a chord with her," said Mr McCauley.
"The reason we were successful was because we were non political and non sectarian.
"When we went to ask for anything we asked politely and we didn't demand it."
The Shantallow Community Centre was the first of its  type to be  built in the city and cost £10,000.
"It's was only supposed to last 10 years," said Mr McCauley.
The centre was soon a hive  of activity and people came from across the city to use it.
"We had a children's play group, handicraft classes, Irish dancing classes, piano lessons, a children's disco and a youth disco on a Saturday night.
"It was the only disco of its kind in the city at that time we had young people coming from Newbuildings and the foot of Bishop Street for that.
"You would find them standing outside after and they had no way of getting home, so I would have given them a lift in my big yellow  Zephyr.
"Everyone remembers the Zephyr. If I go to a wake in Shantallow people say to me 'do you still have that big yellow car'?"
The list of activities at the centre continued to grow with gymnastics, rollerskating, indoor bowls and bingo.
In 1972 they held a cross community festival for all the churches in the area.
"It was a good time," said Mr McCauley.
"It was all young families living in the area and on the summer days you would have thought there was a swarm of bees out on the back square but it would just have been all the children.
"That was before phones and Playstations."
The work of the centre stretched far outside its doors with bus runs, dinner dances, outdoor festivals, sports competitions and luncheon clubs.
Mr McCauley dedicated countless hours to it, but he said none of it would have been possible without the support of his wife, Rita, who sadly passed away two years ago.
"She was the most important person," he said.
"We had six children and she had to rear them all."
Mr McCauley eventually retired from the Tenants' Association in 1982, but not before he shared his knowledge with community groups across the city.  A long list of people gave many volunteer hours to the Shantallow Tenants' Association and Community Centre.
"I would like to wish all future communities the success we had and give a special thanks to all those people  who made it so successful."