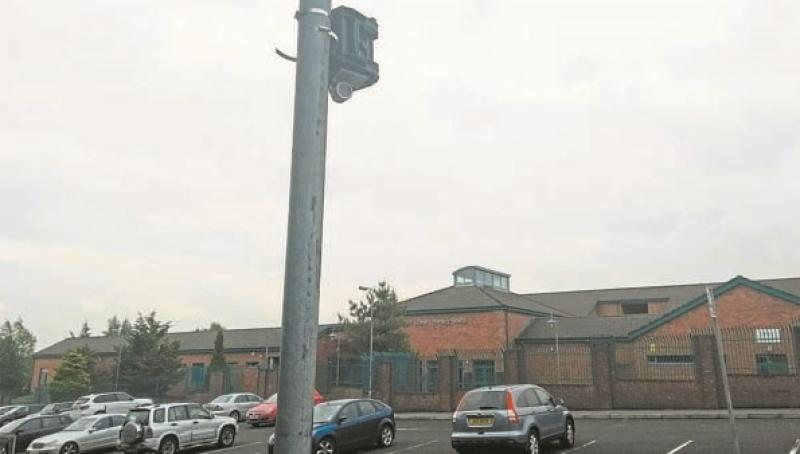 New cameras mounted on street lights on the Springtown Road may have been put in place to support an application for further housing development, it emerged this weekend. The mystery cameras remained in place for a day outside St. Eithne’s Primary School before being removed. Five cameras were installed, two at the junction outside the school from the Springtown Road to Hazelbank and three at the roundabout connecting the Old Creggan Road and Springtown Road. It is believed they were attached during the night, which, the company responsible, MHC Traffic Ltd, said is standard practice, and they remained in place throughout Thursday May 31 before being removed in the early hours of Friday morning. MHC Traffic Ltd was formed in 2000 to provide a professional traffic data collection service to the Transport Engineering and Traffic Planning Sectors. They aim to bring together their experience and ability to professionally undertake all types and sizes of CCTV and Bluetooth data collection throughout the UK & Ireland, mainland Europe and into the Middle East and Australia. Its site states: “Our sophisticated in-house built mini HD CCTV cameras are technologically advanced, and allow us to undertake and provide in-depth data and analysis.” Steven Jess, who works for MHC Traffic, said the company has hundreds of cameras operating throughout Derry and the rest of Northern Ireland. When asked about the purpose of the cameras outside St. Eithne’s School he said the company had been hired by a client, who he wasn’t prepared to name. However, he suggested the cameras may have been installed for the purposes of planning permission whereby his client would use the data collected to support an application. Mr Jess confirmed that it wasn’t St. Eithne’s school who hired the firm. SDLP MLA for Derry, Mark H. Durkan, said although it would be speculation, that they could have been put in place to support the development of housing further up the Springtown Road as there has been interest expressed in doing so. Others questioned whether they were put in place to determine whether there is a need for traffic calming outside the school or by Translink which has been asked to extend his services to accommodate residents living near the top of the Springtown Road in newly built housing estates.
ADVERTISEMENT - CONTINUE READING BELOW