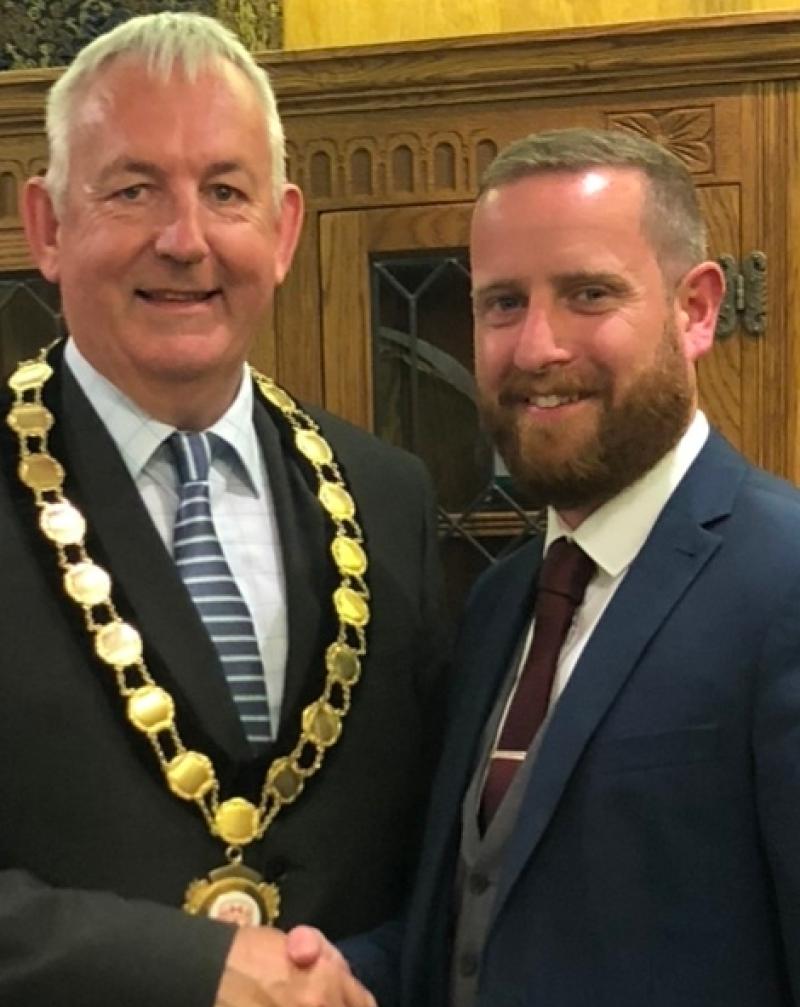 South Derry Sinn Fein Councillor Sean McPeake has been selected as the new chair of Mid Ulster District Council. And, the party’s leader on the local authority Councillor Ronan McGinley has said his Party is delighted to see Councillor McPeake take on the role. Councillor McPeake was selected for the role at the Councils AGM on Monday night and will represent the District for the next year. Cllr Francis Burton of the DUP was selected as vice chair also. Speaking after the meeting, Cllr McGinley said : “Sinn Féin is delighted to see Cllr McPeake take on this role. His wealth of experience and his leadership will be a great benefit for the entire district. Sean is a great leader and will be a brilliant ambassador for the Mid Ulster District. “Sean has hit the ground running by outlining a number of areas he wants to see the council focus on. This will only build upon the successful service delivery the council has produced to date. We wish him and Cllr Burton every success for the incoming year”. “Sinn Fein has taken on a number of other key roles for this year. This includes three committee chairs and a vice chair. Cllr McGinley said: “Sinn Fein has continued to be a driving force behind the Mid Ulster District Council moving positively forward. Taking on key positions within the committee structures will ensure this success continues. We will work in partnership with other parties, and with the brilliant council staff to make sure Mid Ulster continues to perform to the highest standards. “I am personally proud to have been selected again by the Sinn Féin team to be Group Leader. I have had the honour to hold this position from 2014 and will continue to carry out this role to the best of my ability. Our council team is experienced, highly skilled and very competent, and it’s a privilege to work along side them to represent the people of Mid Ulster”.
ADVERTISEMENT - CONTINUE READING BELOW