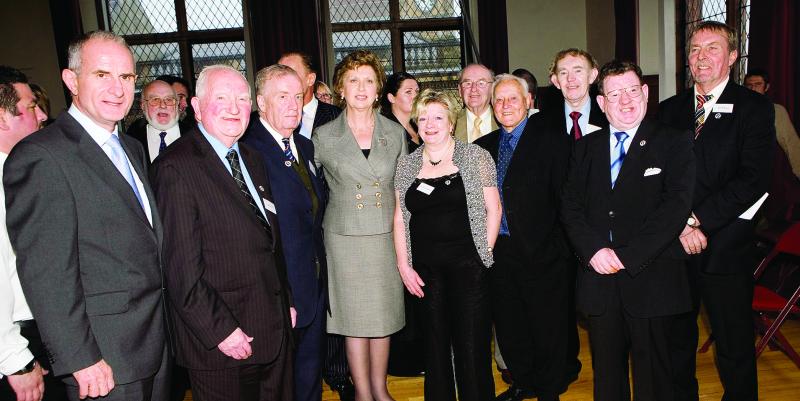 A member of the civil rights movement who was involved in the historic march on October 5, 1968, has criticised Sinn Féin for organising a commemoration parade to mark its 50th anniversary later this year. Aidan McKinney, who is a member of the Northern Ireland Civil Rights Committee, said the parade organised for October 6, 2018, is ‘opportunistic’ on the part of Sinn Féin and ‘they should be ashamed of distorting a seminal moment in the history’ of Derry and Northern Ireland. On the parades commission website the applicant listed is the ‘Sinn Fein Commemoration Committee’ and the proposed route for marchers will take in Duke Street, Craigavon Bridge, Carlisle Road, Ferryquay Street, the Diamond, Shipquay Street and finish at Guildhall Square. The original planned route by the Derry Housing Action Committee (DHAC) and Northern Ireland Civil Rights Association (NICRA), was planned to end at The Diamond on October 5, 1968. However, the march ended at Duke Street due to a banning order signed by William Craig, Stormont's Minister for Home Affairs, where peaceful demonstrators were met with unwarranted police brutality, including four Westminster MPs. Speaking to the Derry News, Mr McKinney said he is both ‘fearful’ and ‘highly sceptical’ as to why a ‘single political entity’ would select that date and route. “However, to be kind or naive, hopefully they feel that what was organised by the Northern Ireland Civil Rights Association on those dates, a totally peaceful protest and a willingness to endure state violence, is recognised and commended as the proper and unselfish approach to correcting existing wrongs in Northern Ireland,” he said “When the combined words ‘Civil Rights’ are used it is generally accepted that all genuine supporters embrace the Universal Declaration of Human Rights. “Its first articles include: The right to equality and freedom from discrimination; The right to life, liberty and personal security. “These humanitarian rights were enshrined for all of us with an expectation that globally such would be implemented as part of our personal and collective social interactions. “If this is clearly understood and promoted, as part of these planned events, it is to be welcomed. If not, then they will fail to absorb and highlight, the true spirit of '68.” Mr McKinney questioned why an application for the parade was put forward as early as March and whether Sinn Féin felt major civil rights' concerns, ‘not least a non-functioning government resulting in adverse social consequences, were irrelevant and had no great immediacy?’ He pointed to the significance of that date in Derry and the north’s history which is recognised by lowly-paid, unemployed, homeless and the disenfranchised as a ‘a turning point for radical political, social and economic reforms in Northern Ireland.’ “October 5th 1968,” he explained, “is a date linked to an era of hope when pro-democracy citizens banded together to achieve equality for all sections of our population, following the examples of Gandhi and Dr. Martin L. King. “If this historic analysis is distorted by sectarianism it will transpire that there are no limits on what this organisation would do to 'legitimize' themselves. “The NICRA was a non-party political cross-community organisation which gave the people of Northern Ireland an aspiration that radical change was possible. It created a vehicle whereby all were enabled to participate in a non-violent manner. “It seems blatantly partisan for one political group, rather than adopting a broad-front approach to contemporary issues, to proceed with a demonstration that suggests an opportunistic attempt to usurp the date and message of NICRA in 1968. “If that is the case, as many former campaigners and others from a wide range of backgrounds believe, then they should be ashamed of distorting a seminal moment in the history of this place to attract short-sighted populist gain via unpredictable media attention, alongside the inherent dangers, e.g. uncontrollable violent elements.” In response Sinn Féin provided a statement from Tyrone MP Francie Molloy who said the party ‘were and remain’ at the forefront of civil rights and social justice campaigns. He commented: “Fifty years ago, likeminded people from all communities, including republicans – outraged by the routine injustice and sectarianism of the six county state - came together to form the Civil Rights movement. “To mark the 50th anniversary of the civil rights march in Derry, Sinn Féin have organised a commemorative march from Duke Street to Guildhall Square, along the original planned route of the march. “Republicans were to the fore of and remain to the fore of civil rights and social justice campaigns. We would welcome anyone who feels the same to join us.” Surviving leaders and supporters of the original march were said to have met last November in Belfast City Hall where they decided on a programme of events. It is noteworthy, Mr McKinney said, that '68 veterans at the initial meeting unanimously voted down a public commemorative demonstration ‘to avoid what may have been interpreted as a coat-trailing exercise’ thereby avoiding any possible violence on the streets. “It was agreed that such incidents would be highly injurious to the civil rights' cause, with resultant harmful images of our struggling city and general population, via regional and global media,” he said. A three-day programme of events will run at the Guildhall from October 4-7 to mark the international Civil Rights Festival, commemorating the 50th Anniversary of Duke Street Civil Rights March, which will see the Irish President Michael D Higgins make a keynote address. The event was launched by 50th Anniversary Civil Rights Commemoration Committee last week, and will explore the civil rights' legacy through documentation, conferences, films and other educational activities. ABOVE - Aidan McKinney, far right, pictured with some of the key figures of the Civil Rights Movement with then then President Mary McAleese during her visit to the Guildhall in Derry to mark the 40th anniversary in October 2008. Pictured left to right, Mr. McAleese, Denis Haughey, James Doherty, Ivan Cooper, Mary McAleese, Deirdre O'Doherty, Michael Canavan, Paddy 'Bogside' Doherty, Willie Breslin, Fionnbarra O'Dochartaigh and Aidan McKinney.
ADVERTISEMENT - CONTINUE READING BELOW