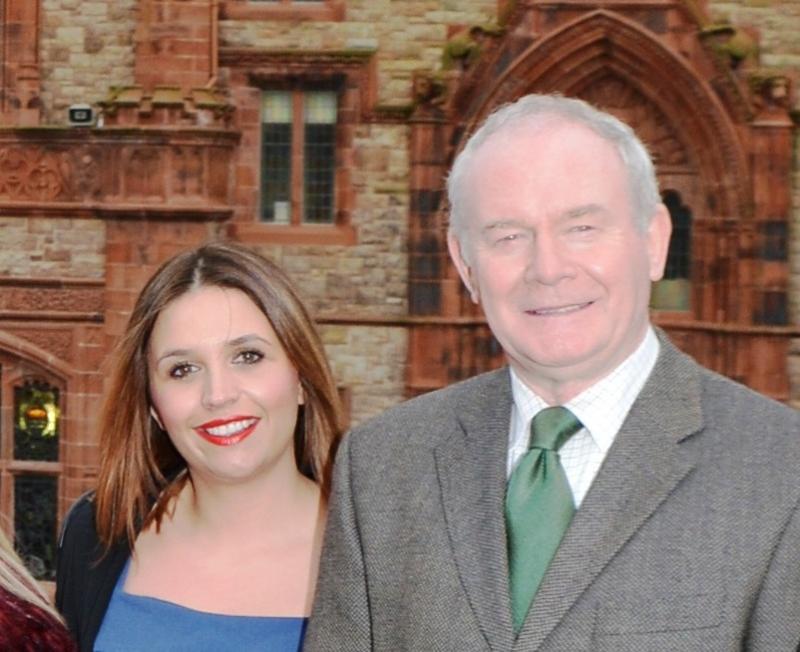 The SDLP leader Colum Eastwood has said 'no offence' was intended after the Sinn Fein MP Elisha McCallion slammed him for 'questioning Martin McGuinness' integrity' over the RHI scandal. Earlier today, Elisha McCallion issued a statement after the SDLP Leader revealed he has written to the Head of the Civil Service asking for clarification on ‘who knew what and when’ over Arlene Foster’s claim that she had shared details of an RHI whistle-blower with Martin McGuinness. “It is extremely disappointing that Colum Eastwood appears to be questioning the integrity of Martin McGuinness, a man who set the benchmark in good governance and who is no longer here to defend himself," she said. “The RHI Inquiry was established by Sinn Féin Minister Máirtín Ó Muilleoir. The entire issue was brought to a head by Martin McGuinness who resigned in protest at the DUP’s behaviour in government. “Arlene Foster’s claim will be examined by the inquiry and Sinn Féin are entirely confident that he will be completely vindicated. “Colum Eastwood is of course free to seek whatever documentation he likes from the Head of the Civil Service but it should also be noted that the inquiry evidence statements from the former Head of the Civil Service and departmental permanent secretary have already been published and did not support Arlene Foster’s assertion. However, writing on his Twitter account, Colum Eastwood said that Mrs McCallion had been looking for offence where 'none was intended'. "Elisha really needs to stop looking for offence where none is intended," he said. "We're in a political crisis, we need to de-dramatise this stuff."
ADVERTISEMENT - CONTINUE READING BELOW