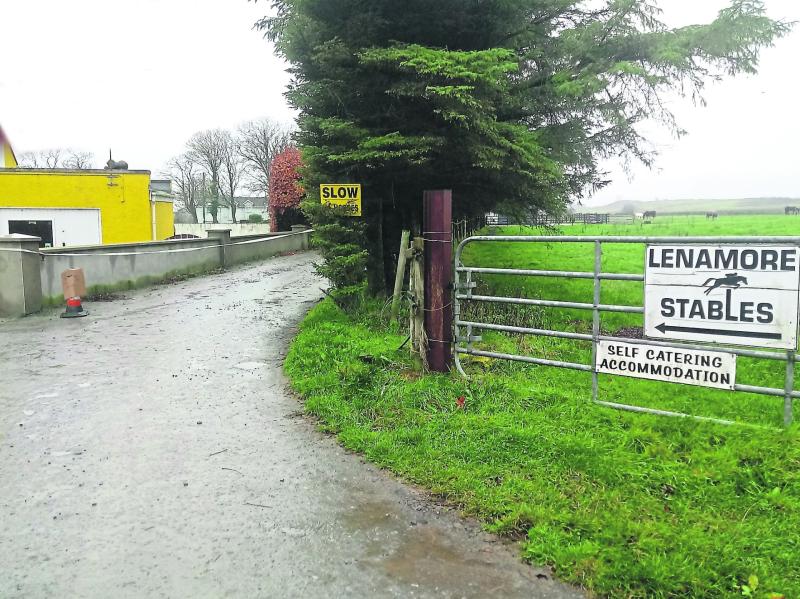 A man and woman from Derry have been remanded in custody in connection with the blaze at Lenamore stables that left two horses dead and a young woman injured. A 20-year-old woman who saved five horses in the fire was also treated for smoke inhalation and minor burns. Julie McCartney, 31, of Ashmore House and Gerard Given, 27, of Circular Road appeared before Letterkenny District Court yesterday charged with the arson of the equestrian centre on Sunday, November 4. They are also charged with theft and trespassing. The court was told that one of the horses that died in the incident was a €100,000 pedigree showjumper and ‘several hundred thousand euro’ worth of damage was caused to the stables. A horse transporter was also lost in the fire. Garda Sergeant Gerry Farry said that he believed the attack had taken place following a threat made by Given on October 19. Sergeant Farry also said that McCartney, who had been living at Ashmore House sheltered accommodation with her three children, had also been renting a property in Greencastle, Donegal, where she was no longer welcome. He added that he considered McCartney a flight risk and was objecting to bail as she now had no ties to Donegal. However, Ray Lannon, defence solicitor, said McCartney was vulnerable and on medication for mental health issues. He also said she only possessed £300 in savings, had no passport and had no plans to go anywhere. The court also heard that saddles and other equestrian equipment were found in McCartney's possession. Judge Paul Kelly refused McCartney bail saying she had ‘no connection with the state’. He remanded her in custody until November 12. Donagh Cleary, Given’s defence solicitor, applied to have him remanded in custody. He will also be remanded until November 12. Mr Cleary also asked the court that Given be provided with treatment for wounds to his knees and wrists, which he received in a paramilitary ‘punishment shooting’ a number of years ago.
ADVERTISEMENT - CONTINUE READING BELOW