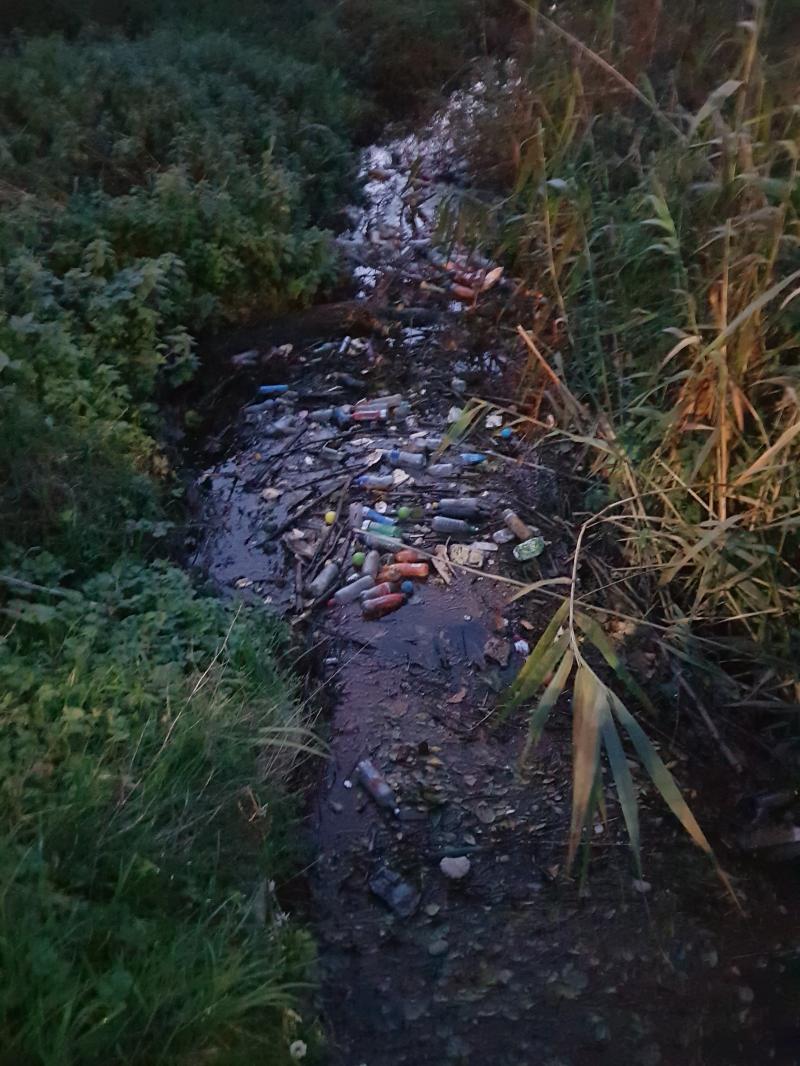 THERE have been calls for a waterway closed to a popular walkway in the Waterside area to be cleaned out due to concerns over flooding. The call comes after residents living in the Waterfoot Park area of the city raised concerns over flooding at a pathway close to their homes due to water overflowing from a nearby stream. Speaking to the Derry News, the Waterside SDLP councillor Martin Reilly said that the flooding had been caused by a build-up of litter at the stream, pictured above. “Initially a large branch had blocked this stream and this gave rise to flooding concerns,” he told the Derry News. “I’ve been working with Council officers who have liaising with the relevant government bodies to have the stream cleared as earlier this year there had been flooding along the pathway. “Unfortunately, now a substantial amount of litter debris has built up and action is required to remove this plastic waste as well.” Cllr Reilly added that he would now contact the relevant authorities with a view to having the issue resolved. “We’ve heard much in the news recently about the importance of keeping plastic waste out of our watercourses and oceans,” Councillor Reilly continued. “I would appeal to everyone to ensure that they dispose of their waste responsibly and I hope that government agencies can get the steps taken to resolve this disgusting stagnant environmental problem as soon as possible.”
ADVERTISEMENT - CONTINUE READING BELOW