Derry YouTube sensation to switch on the Christmas lights with Santa 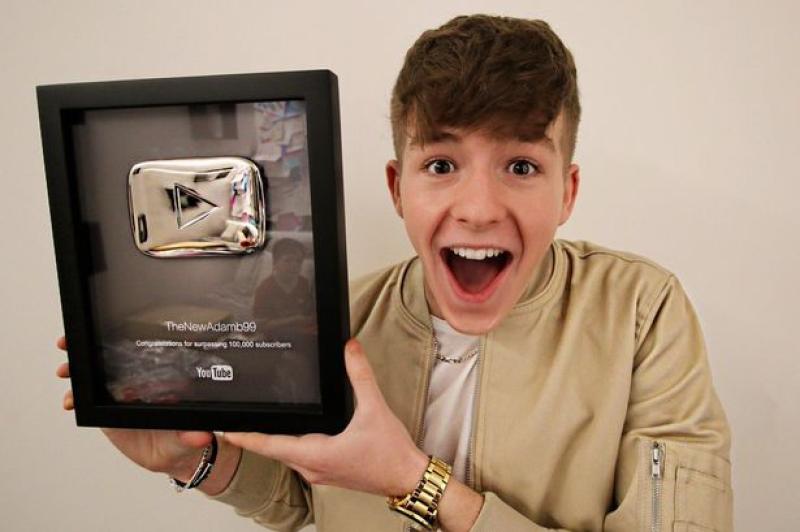 Derry YouTuber Adam Beales will be performing the city’s Christmas lights switch on this Thursday, it has been announced.

'TheNewAdamb99' has a global social media following of over 1.5 million people and is paving the way for a new generation of YouTubers by creating dynamic, family-friendly and hilarious content.

Along with his younger brother Callum, he’s using his platform to explore fun new sketches, pranks and challenges which reach huge audiences in the UK and USA alone.

A true performer, Adam loves to make people laugh which is his main motivation for the channel that has grown exponentially this year, one of his largest collaborations includes a multi-segment campaign with Disney.

He will perform the official switch on with Santa Claus and Mayor of Derry City and Strabane District Council, Councillor John Boyle who expressed his delight that Adam would be joining him on stage and documenting the experience through his social media channels.

“I am delighted that Adam will be joining us to perform the Derry switch on - a night packed with entertainment for all the family and an ideal way to start the festive season,” he said.

“He is a local man with a global following so it is a real coup that he will be documenting the experience through his own social media channels.

“The growth of his Youtube channel TheNewAdamb99 over the last three years has been nothing short of meteoric and is a fine example to our young people of what can be achieved through hard work and dedication to your craft.

Thursday’s Christmas Lights switch on, the traditional start of the city’s Christmas celebrations, will feature a host of festive music and popular pantomime characters from 6pm – 8pm.

Musical performers in Guildhall Square will include George Hutton and Paul Casey, and the St Oliver Plunket Primary School Choir while Superstition will perform in Waterloo Place

The entertainment will also include characters from the Millenium Forum and Waterside Theatre’s pantomimes.

Santa Claus is scheduled to appear on both stages and will perform the official switch on along with the Mayor and Adam Beales (TheNewAdamb99).

Family themed entertainment will be hosted in the Peace Garden from 4pm – 6pm where youngsters can come and visit the Enchanted Garden and meet Santa’s Sleigh and Reindeers, get their face painted and meet some Christmas themed characters.

Foyle Street Bus Depot will also be hosting arts and crafts where children can create a decorative bauble to hang on the Christmas tree and there will be Reindeer food available in bags to take home.

The city lights switch on is just one of the highlights in Derry City and Strabane District Council’s exciting programme of festive events for 2018.

Mayor Boyle will host his own Christmas initiative when he invites youngsters to step into the majestic wonderland of Santa’s Christmas Workshop in the Guildhall with story-telling, Christmas crafts and an appearance from the man himself, Father Christmas.