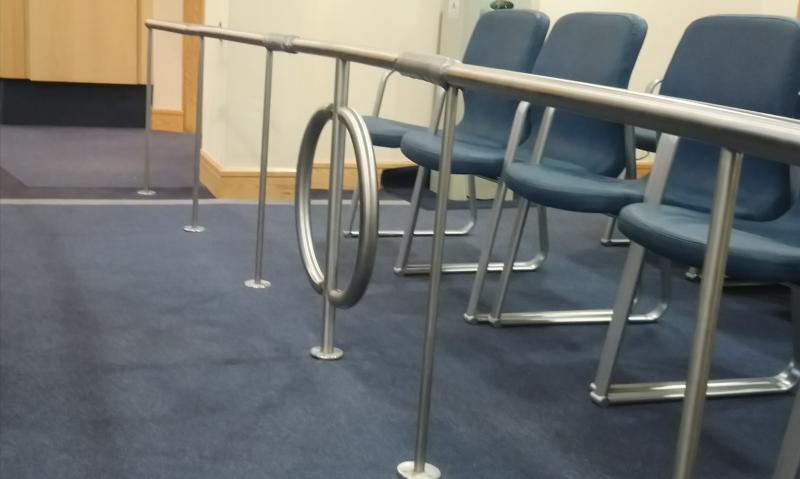 MEMBERS of the public have been prevented from entering a council chamber following an incident earlier this year where a member of the DUP was ‘intimidated’ during a meeting. The Derry News revealed in October that a review was being carried out into the safety of councillors while attending public meetings following an incident at a planning meeting in September involving a Derry DUP councillor. The incident occurred at a meeting of Derry City and Strabane District Council’s Planning Committee held in Strabane on September 5, during a discussion a proposed new housing development comprising of 16 new dwellings close to the City of Derry Golf Club at the Victoria Road in Prehen. It later emerged that following an incident in the council chamber, the DUP’s Hilary McClintock was too afraid to leave the meeting while the members of the public remained in the building. The chair of the Planning Meeting, Sinn Fein’s Kieran McGuire, said that a ‘lot of councillors were intimidated at that meeting by members of the public’. Concerns were then raised about the layout of the council chamber in Strabane, which has a movable barrier (pictured above) which allows direct access from the public gallery to the council chamber itself, where elected representatives sit during the meetings. However, the movable barrier has now been sealed shut with masking tape, preventing members of the public entering the chamber area. In a statement issued to the Derry News, a spokesperson for the council said that it took the measure following a ‘risk assessment review’ which was carried out in the wake of the incident at the September meeting of its Planning Committee. “A risk assessment review on the conduct of committee meetings was carried out following an incident that occurred at a Planning Committee meeting on September 5, 2018,” the spokesperson said. “A recommendation of the assessment is that the moveable barrier between the Public Gallery and Chamber in Strabane should be altered and a solid partition erected. “Members of the public addressing a committee will be invited to join the meeting by the chair and will be brought from the Public Gallery to the Chamber via the main doors.”
ADVERTISEMENT - CONTINUE READING BELOW