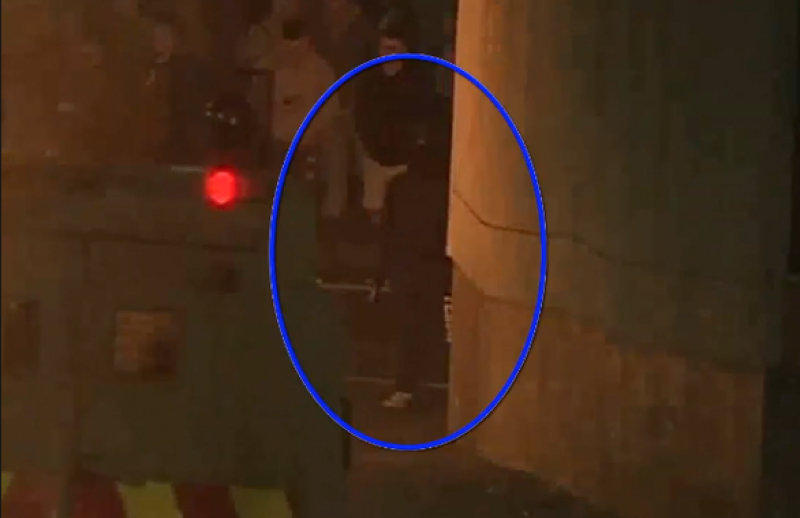 Police have released a CCTV image of the gunman who opened fire on police in Derry last night, killing 29-years-old Lyra McKee. The image (featured) shows the gunman at the corner of Fanad Drive and Central Drive and an individual picking up something from the ground. They have also released an image of Lyra in the crowd shortly before she was shot. The senior detective, now leading the investigation into the murder, has added his voice to those calling on the community in Creggan to help police identify the murderer of this young woman. Detective Superintendent Jason Murphy said: “Lyra’s death is senseless and appalling beyond belief. It represents the tragic loss of promise and the loss of potential, however it should not be the loss of hope. We know that the people of Creggan do not support what happened and they stand with us today in outrage and disgust at the mayhem that took place on their streets last night. "We are issuing cctv from the incident which shows Lyra in the crowd. The footage also shows the gunman at the corner and an individual picking up something from the ground on the same corner. We are releasing this to encourage anyone with information to make contact with us. "We have already received a large number of calls and information from the public and I would like to thank them for their support and for their willingness to come forward and to try to help us take a killer off the streets. "We also know that a range of footage is circulating on social media however I cannot stress enough how important it is that people who were in the area last night and who recorded video and took photos share what they have with us via our Major Incident Public Portal. "People saw the gunman and people saw those who goaded young people out onto the streets, people know who they are. The answers to what happened last night lie within the community. I am asking people to do the right thing for Lyra McKee, for her family and for the city of Derry/Londonderry and help us stop this madness." DS Murphy concluded: "Please, submit your footage and images to the dedicated Major Incident Public Portal via https://mipp.police.uk/operation/PSNI19O09-PO1 or pick up the phone and call us on 101. Make a difference.“
ADVERTISEMENT - CONTINUE READING BELOW