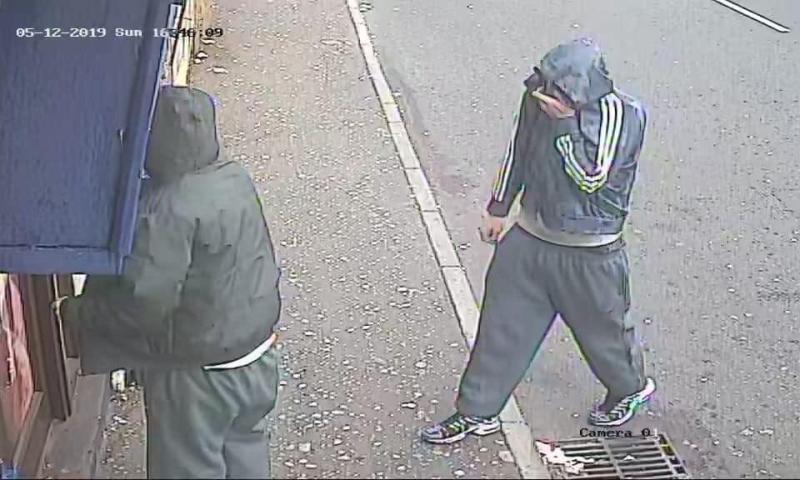 Police in Derry have asked for any witnesses to a robbery at a shop in Derry to come forward with any information they may have on the incident. The robbery took place yesterday afternoon (Sunday, May 12, 2019)  at Whites News and Views store on the city's Westland Street. The premises has been robbed on several previous occasions. PSNI Detective Sergeant Richard Donnell said: “We received a report around 5:50pm that just minutes earlier, at approximately 5:45pm, two males had entered a shop on Westland Street. "One of the suspects, reported to have worn a black jacket with the hood pulled up and of a slim build and had a scarf covering the lower half of his face, is reported to have brandished a knife. The second suspect is reported to have worn a purple-coloured tracksuit top that was pulled up over his face. "The suspect armed with a knife is reported to have used it to damage the shop till and a screen covering a food counter. Both suspects left the shop on foot, empty handed. "Thankfully none of the staff or customers in the shop at the time were injured, however, this must have been a distressing ordeal for them. "I am appealing who was in the area around this time yesterday and saw what happened, or anyone who knows anything about the incident to contact detectives in Strand Road on 101, quoting reference number 1055 of 12/05/19.” Alternatively, information can also be provided to the independent charity Crimestoppers on 0800 555 111 which is 100% anonymous and gives people the power to speak up and stop crime. CAPTION: A CCTV image of the two males who are police are seeking in connection to an armed robbery at White's News and Views at Westland Street on Sunday.
ADVERTISEMENT - CONTINUE READING BELOW